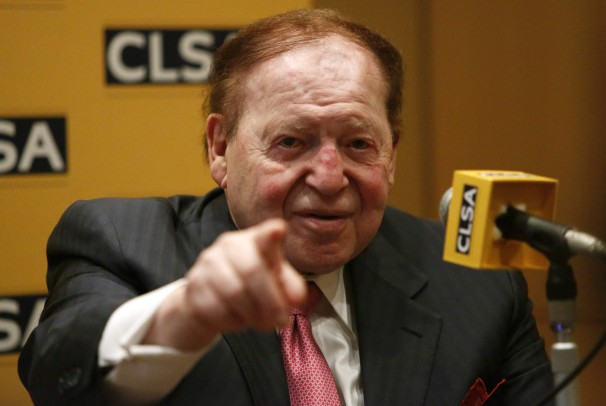 Republicans have set the agendas for the 2014 election cycle and the party has an eye on 2016 in a big way. With CPAC out of the way conservatives aim for funding sources to achieve one goal, a Republican sweep in 2016. The biggest names in the conservative party met in Las Vegas this weekend for an opportunity to secure billionaire funding in the next big election. The Republican Jewish Coalition held a four-day gathering at the Venetian Hotel where casino magnet and GOP donor Sheldon Adelson interviewed potential 2016 Republican candidates hoping to seek the presidency.

The list of the GOP’s who’s who, of which each one has denied any plans to seek the office, were streaming into Las Vegas for the symposium. The group of Republican’s seeking financial backing included Gov. Jeb Bush, Gov. Scott Walker, Gov. John Kasich, and most notably Gov. Chris Christie. Even as he faces political backlash from an ongoing investigation into activities from his administration, Christie, who has always sidestepped the question when asked if he will run in 2016, made it a priority this weekend to make his way to Las Vegas to meet the Jewish Coalition. Adelson, the Las Vegas casino magnet, and Jewish Coalition board member, hopes to use the power of election funding to seat officials that will push forward legislation to end internet gambling. Adelson sees internet gambling as a lost source of revenue for casinos.

The powerful Republican politicians clearly did not rule the meetings with the billionaire donors but the coalitions led the schedule instead. Only adding fuel to the argument that big money is more powerful in elections than the voice of the people. Adelson, the money man behind candidates like Newt Gingrich and Mitt Romney, has been vocal about his disappointment in the last election cycle. Spending over $93 million trying to defeat the reelection of President Barack Obama without a single win. Many suspect that much more had been donated to groups that are not required to report donations. As the Republicans eye the 2016 election cycle, the clear goal is a full sweep of the House, Senate, and Presidency.

Luckily for Republicans good news came by super number cruncher, Nate Silver of FiveThirtyEight. Silver, who has been notorious for crunching the numbers and predicting the outcome of elections, has been right on target with nearly 55 percent accuracy. Democrats raved of his successful forecasts in the 2012 elections but are crying foul in his latest prediction of a near Republican sweep. Nate says, “I simply take the numbers and give an outcome, whatever happens, happens.” In 2012 the Republican base blasted Silver calling him a hack; but now are embracing his predictions for 2014 with joy. Nate Silver does not follow a party line, at least not one he will admit to, and stands by his brutally honest predictions.

In a year of Republican flubs and overzealous legislation nationwide, it seems Silver may be right. For whatever the social media outcry may be, with the successful gerrymandering of districts, Republican legislators certainly do not seem to be in fear of losing any seats. The GOP seem more focused on taking back control of both lower branches of government for the last two years of President Obama’s presidency. Clearly, by the far-right leaning laws that have been pushed through state houses and cities nationwide, the GOP do not seem concerned with a backlash. The Republicans have a clear eye on 2016 and have no intentions of letting it go.