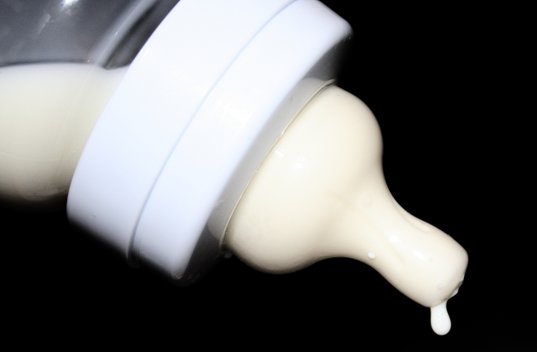 The possible link between autistic children and seizures was stumbled upon during an animal study at the University of Wisconsin-Madison. It appears that those who are fed soy-based formula have an increase chance of having seizures and developing epilepsy.

One in 88 children are affected by autism. Seizures are common in children with autism, as well as those with down syndrome and Alzheimer’s disease. The uncontrollable brain currents effect their standard of living, particularly when they become frequent and develop into epilepsy. While 10 percent of the population will experience a seizure at some point in their lives, according to the Epilepsy Foundation, the cause is not clear.

One-fourth of all baby formula sold in the U.S. contains soy protein. Many times, it is recommended by pediatricians as an alternative for babies who have a sensitivity to dairy. In fact, according to the American Academy of Pediatrics, they have not found any evidence that soy protein has any negative side effects.

The author of the recent study, Cara Westmark, is the one who stumbled upon the finding that soy could be the culprit while studying drug effects in mice. The drugs have the potential to block signals that engage nerve cells and trigger seizures. When she replaced the rodent’s usual meals with a purified version, their seizures were reduced by half. The purified diet she used was dairy-based rather than soy-based.

She identified the source of protein as the main difference in their food, and thus the reduction in their seizures. Though she is not certain of the cause of the seizures, she believes that the soy contains plant-derived estrogen that cause the abnormal brain activity. The scientist from the department of neurology at the University of Wisconsin-Madison thought it might also apply to people. Her discovery led to the connection between infants who sometimes survive solely on soy-based formula.

Then she used the Simons Foundation Autism Research Initiative (SFARI) data to study the medical records of 1, 949 autistic children. Participants included in the study were diagnosed with autism, but did not have significant cognitive impairments. The study, recently published in the journal PLOS ONE, found that children were 2.6 more likely to have seizures if they were fed soy-based formula.

She found more seizures in both boys and girls, with an increased number of autistic boys diagnosed with epilepsy. Although the study was limited because it has results for 87 percent boys. Further studies with a better balance of boys and girls are necessary in order to confirm what Westmark found using the SFARI data.

While Westmark’s study found a possible link between autistic children with seizures and those fed soy-based infant formula, it was not enough to prove that one causes the other. It is also not a given that babies who are fed soy-based formula will have seizures. The study simply points out the possible relationship and the need for future studies on the subject. More research is needed to establish cause and confirm her findings, especially since there has been a rise in autism and seizures, while more products are being made with soy proteins.