Mother Beat 4-Year-Old Son to Death Fearing He Was Gay? 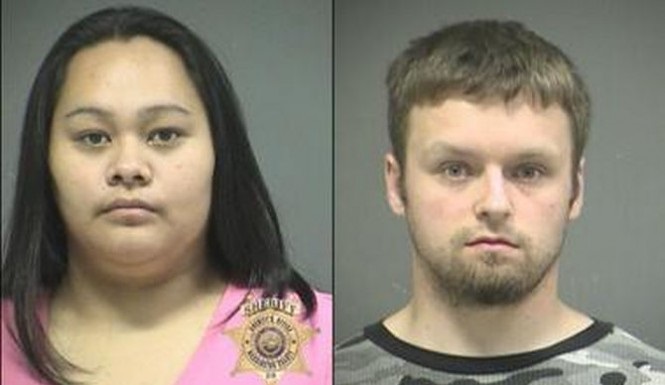 An Oregon mother who beat her all of her children on a regular basis was especially hard on her three-year-old son. Allegedly, on the day before Zachary’s fourth birthday his mother, Jessica Dutro, beat him to death because she presumed he was gay. Earlier this month Brian Canady, Jessica’s live-in boyfriend, pleaded guilty to manslaughter for Zachary’s death.

In August 2012 little Zachary died from stomach injuries while the family was living in Tigard at the Good Neighbor shelter. Director of the Good Neighbor Center, Jack Schwab, said Jessica and Brian lived at the shelter for five, maybe six weeks. Even though the staff believed the children behaved a bit strangely there was never any apparent sign of child abuse.

Schwab says the shelter, according to the law, is required to report any abuse whether seen or suspected. He said the children never cried out or misbehaved. They did not make a fuss about anything and never even ran around. Schwab admitted he and the staff thought the family was odd and even had discussions about it but never saw any evidence that would be good enough to involve DHS.

On August 14, 2012 emergency crews arrived at the homeless shelter after responding to call they received. They took little Zachary to a hospital in Portland where it was determined by doctors that he was dying from abdominal trauma which caused tears in his bowel. The child was taken off of life support only two days later.

Dr. Danny Leonhardt testified that Zachary was essentially dead by the time the couple finally decided to call authorities. He said they really never had a chance to fix the child. The coroner found that Zachary had two holes in his intestines and died, not only to blunt force abdominal trauma, but to delayed medical treatment as well.

According to court documents, prosecutor Megan Johnson alleged Jessica beat her son because of the way he talked and walked. In arguments outside of the jury’s presence Johnson said Facebook posts revealed this mother’s motive for the pattern of abuse and torture she inflicted on her son. To her “defense” she beat all of her kids but Zachary always received the bulk of the suffering.

One message Jessica wrote on Facebook stated Zachary was facing the wall. She went on to say “…she knew he was going to be gay because of the way he walks and talks, ugh.” Jessica said this made her mad and her boyfriend needed to work on him big time.

In another message Jessica wrote that her other son, Zachary’s little brother, was facing the wall because of an accident he had in his pants. Later messages said this toddler had been standing against the walls for at least two hours. She then told her boyfriend that she would have left him in his soiled pants the entire time but made her 7-year-old daughter change him so he would not smell up the place.

Another message on Facebook captures Jessica saying that this same daughter angered her because she fell asleep on top of the laundry she was directed to fold. She posted, “After an hour she went in there and saw her sweaty a** sleep on top of the clothes.” She went on to say, “sleeping is one thing but to have her dirty a** on top of clean clothes while sleep…” Jessica followed up her post by saying she “gave her lickings” and amazingly all the laundry was done.

The police interview with Zachary’s sister was played for the jury during court hearings. The child said “they” kept hitting her brother over and over because he was not listening. She said he got sick and was making soft groaning noises and after a while stopped breathing.

Jessica’s defense attorneys told the jury that there is no evidence to substantiate the 7-year-old’s testimony against her mother or Brian.

For his role in Zachary’s death, Brian has already pleaded guilty to charges of first-degree manslaughter and second-degree assault. Brian also admitted, as part of a plea deal, that he was the one who kicked the little boy in stomach. For Jessica’s role in her son’s death, she has been charged with murder, murder by abuse and second-degree assault.

Allegedly on the day before Zachary’s fourth birthday his mother, Jessica Dutro, beat him to death because she presumed he was gay. Earlier this month Brian Canady, Jessica’s live-in boyfriend, pleaded guilty to manslaughter for Zachary’s death. The trial will continue on Tuesday; at that time the state is expected to wrap up its case.

10 Responses to "Mother Beat 4-Year-Old Son to Death Fearing He Was Gay?"