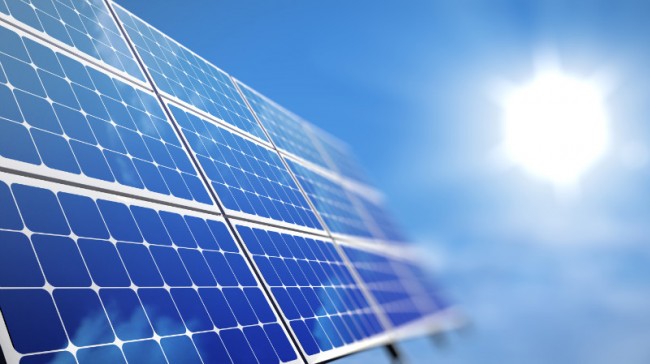 The use of solar power as an alternative energy source is growing at an explosive rate, according to recently released industry reports. In the US, the growth was recorded at more that 40 percent from the previous year, with the total energy generated, exceeding 12,000 mw, while global capacity of energy from photovoltaics exceeds 100 gigawatts. The explosive growth rates, make solar power the fastest growing form of alternate energy, moving it ahead of other energy sources such as wind, nuclear, coal and gas.

The figures complied by the Industry Association, and GTM Research indicates that solar may have become a viable alternate that can be adopted for everyday use. There is now enough capacity in the US to power almost 2.5 million homes, with there is huge potential for the addition of even more capacity, as a tipping point has been reached. The president of the Solar Energy Industry Energy Association, Rhone Resch says that in the past 18 months, more solar installations were completed, that there were in the previous three decades.

Along with the growing interest in solar as an alternate, one of the reasons why solar power continues its explosive growth or maybe because it has, the costs of installation has dropped dramatically. Over the last year, the cost of the photo-voltaic cells, along with installation , operational and maintenance have decreased by as much as 15 percent, but lower costs may have begun to hurt the profits of US manufacturers, who struggle to compete against lower-priced competitors , such as those in China , who export lower priced modules and cells into countries such as the US.

The biggest solar panel manufacturer in the US, SolarWorld,  based in Oregon has raised the issue of dumping by the Chinese, and a preliminary finding by the International Trade Commission concurs that the Chinese trade practices will hurt the U.S. solar manufacturers community.

The explosive growth of solar has put the industry on a new path, is appreciated by both the investment community and the general public. Consumers now have access to better financing option for solar installations, that has contributed to rapid adoption while the government has stimulated innovation in the industry by offering loan guarantees. The Department of Energy has launched the SunShot program with a $60 million investment that offers funding opportunities to companies dedicated to reducing the cost of solar to the point where it is competitive with conventional sources. It is hoped that the goal can be reached by the year 2020.

One of the obstacles that the industry faces , is the process of regulating and managing solar power, produced by businesses and homeowners, and then resold to the utilities. The model is called distributed generation, where power flows both ways on the grid.
It is believed though that as costs continue to decline, the explosive growth noticed in solar power as an alternative energy source,will continue or even accelerate.