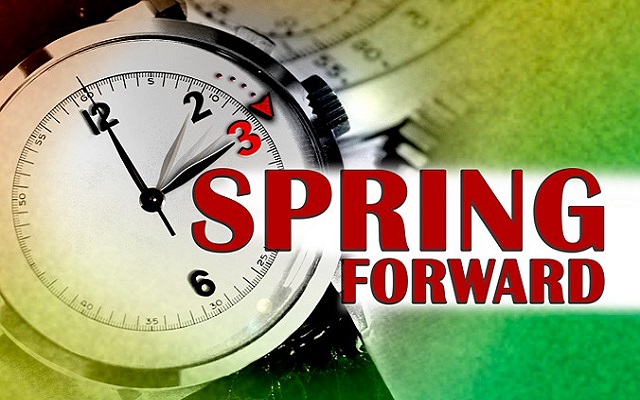 Many will lose an hour of sleep on Sunday morning “no thanks” to Daylight Saving Time. As it gets warmer in many parts of the United States, as opposed to the long and cold nights people were forced to accept, they will now experience longer and warmer days. After Sunday, March 9 at 2 a.m. when Daylight Saving Time begins the sun will again brighten the evening a bit longer when many are leaving their jobs and for the children after school.

Daylight Saving Time was initially introduced in 1895 by entomologist George Vernon Hudson. It began during World War II in an effort to save resources; the U.S. decided to make it mandatory for the entire country. Hudson thought it would be a means to extend daylight hours during the summer.

President Franklin D. Roosevelt actually adopted it as an energy-saving measure and called it “War Time.” It was not until 40 days after the bombing of Pearl Harbor that this new “law” was enforced. At that time it was recognized year round, now it has become optional for states. While most of the country hangs on to their observance of DST, Arizona and Hawaii are an exception to the rule.

The easiest way to remember which way the time adjusts between seasons is the simple mantra, fall back in the fall which usually occurs in October and sometimes November, and spring forward in spring or March. So, you’ll actually lose the hour of sleep you gained in November when the clocks fell back.

People who use personal computers, smart phones, tablets or other electronic devices won’t have to worry about adjusting the time. Many of today’s electronics should do it automatically. During this day that we live in it’s hard to imagine someone who does not have any of those electronic devices, but one can never be too sure. For those who do have items, especially alarm clocks, that need to be manually adjusted it would be wise to do so on Saturday night before turning in.

There are 25 long hours in the day when everyone “springs ahead.” Then in November when most of the country again “falls back” there will only be 23 short hours in the day.

As many say good-bye to Standard Time they will kiss an hour of sleep good-bye as well. The truth is many will never really feel it just as they did not feel the additional hour of sleep they gained at the end of DST. According to the experts one hour is never enough to help or hurt anyone because of their hectic lifestyle. It will take much more than an hour for any serious affect to one’s health and would need to occur on an ongoing basis.

The amount of sleep necessary for good health and optimum daytime performance varies according to an individual’s age. When the recommended sleep hours are not achieved the victim’s attentions levels and mood can be adversely affected. Ultimately the lack of sleep can turn into chronic sleep deprivation which can eventually result in potential health problems, decreased productivity and increased stress.

This Saturday night many within these United States and abroad will “spring forward” to longer days while losing an hour of sleep thanks to Daylight Saving Time. During the spring and summer months the sun will again brighten many people’s evenings for a longer period once they have completed their work days and the children are home from school.