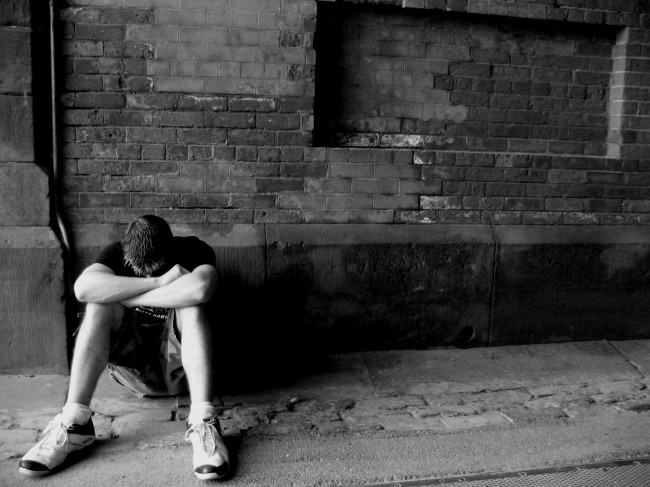 Shayne Clench was a bright-eyed 17-year-old in pictures handed out at his funeral, and the Ajax, Ontario teen’s death notice was filled with a stark reality check.  In with the other obituaries, the notice read that thee teen had “passed away suddenly by taking his own life.”  His family says they wanted the death notice printed as is in order to open the dialogue about teen suicide and about mental illness in general.  It seems that suicide itself has become a heartbreaking epidemic, whether the act occurs to teens or to adults.

Shayne Clench’s older sister, Meghan, says that suicide is frequently a topic of conversation that gets tucked away into a corner, and she is hoping that by the family running the death notice as they had, people would get talking about the issues of mental health and of suicide.  Canadian and six-time Olympic champion Clara Hughes is currently cycling across Canada and getting the conversation going in Canadian schools, among other locations, about depression in particular and other mental health issues.  Hughes has openly discussed her battles with depression and is one of the Bell Let’s Talk spokespeople.

Shayne often struggled with social anxiety in situations where he was not comfortable, and had a funny walk that made him the target of bullies.  His parents had tried to help, but a psychiatrist had refused to take the young man on as a patient because he had not been depressed enough to medicate at the time; it seemed as though something shifted when Shayne hit 16, though.  Another therapist noted that Shayne scored low on a social test score but scored as a high risk for suicide.  A day program appeared to help – for the short term, anyhow.  There were so many gaps, though, between programs that he could take, and while his mother Debbie struggled mightily to navigate the mental health system so her boy could be successful, every gain he had made in the programs he’d been involved in faded.

He was finally transferred to another school, but by the Sunday of the third week, Shayne was reassuring his parents that he was ready to return to school.  He had attended the first week, missed the second, and had assured his mother that he would be fine for school in the third week.  He was dead a few hours later.

Suicide has become a heartbreaking epidemic, and Clench’s family is demonstrating a great deal of bravery by choosing to discuss their son’s death as openly as they have.  They even encouraged Reverend C.J. Adams, who conducted the services, to speak plainly about Shayne’s suicide.

While there does not appear to be any one contributing factor to suicide itself, it remains the third leading cause of death for those aged 15 to 24 years of age in the US.  In Canada, it is the second leading cause of death for that same age group, following motor vehicle accidents.  It is believed that those who commit suicide are suffering from some sort of mood disorder, such as depression, anxiety, or bipolar disorder.

For every completed suicide, there have been 50 to 200 attempts, and among high school students, 1 in 6 had made plans for suicide and 1 in 12 had actually attempted suicide.

Many people are often reluctant to discuss the issue, fearing that it may plant an idea in someone’s head, but in reality, discussion of the topic removes some of the stigma from it.  Shayne Clench’s hockey teammate, Nick Koitses, expressed his gratitude to his friend’s parents for being willing to discuss his friend’s suicide so openly.  He says that while it is a heartbreaking epidemic, talking about suicide makes it okay for those who have mental health issues such as depression to talk about how they are feeling rather than bottling everything up inside.