SXSW: A Platform for Rising Stars 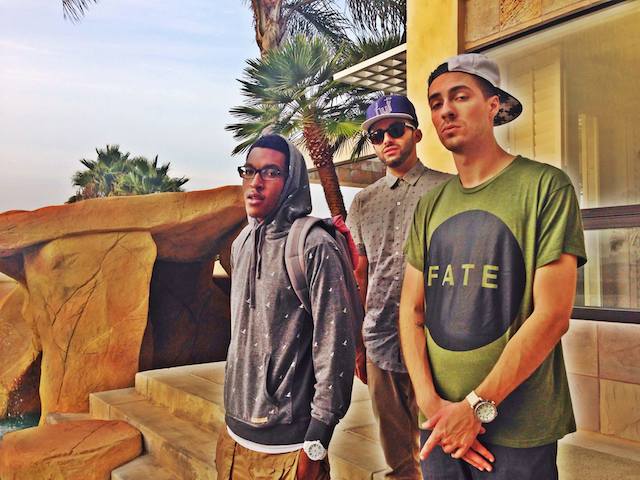 Music festival South by Southwest (SXSW) has been a hot topic since it began last week on March 7th. As the one of the world’s most significant music industry events, taking place over the course of an entire week, SXSW offers those who attend a chance to explore the future of the music industry via panels, talks, trade shows and performances ranging from widely known stars to up-and-coming artists. With a tradition of being dedicated to showcasing new music from talented new artists, SXSW has proven itself to be a solid platform for rising stars. The foundation of SXSW is deeply rooted in bringing aspiring artists, like hip-hop talents Kidd Upstairs and X.O., out of the isolation of their familiar locals to a broader audience, offering them potentially rewarding exposure.

As one of the most influential music events worldwide, SXSW brings together artists from a variety of genres, with more than 2,200 acts representing at least 55 countries over 100 venues. Headlines so far have been filled with news of SXSW “A” lists stars like Lil Wayne, Jay Z and Lady Gaga, who delivered SXSW’s keynote address, which are just a few of names off of SXSW’s impressive roster. Yet while the media tends to emphasize big names and performing artists that are familiar to the average attendee, its important not to over look the fact that SXSW’s emphasis has always been on promoting the all levels of talent, including those that have sought out success without the bank roll and support of mega recording agencies and labels.

With that in mind, while some writers have provided lists of new artists who should not be missed (artists who are among those who already have support from labels and recording agencies) there are another artists who also deserve mention, as they have made it to SXSW on their own via a far more grassroots approach of self-promotion and out-of-pocket self-marketing.

Two such artists who will be performing as SXSW first timers are the talented Kidd Upstairs and X.O., both of them having established success for themselves on their own. Utilizing tools such as the internet, particularly YouTube, as well as good old-fashioned exposure through performances at local venues throughout California, these young artists have generated a buzz loud enough to earn them an opportunity to be showcased at SXSW. Kidd Upstairs and X.O. a a true representation of what SXSW was designed for: as a platform for rising stars, not only get exposure to a broader audience but to potential opportunities with those “A” listers who keep their eyes open for prospective new talent.

Derek Hurd and Xavier Osayande, popularly known as Kidd Upstairs and X.O., are independent artists who are a part of Top Floor Music Group, a grassroots marketing and promotion project based in San Francisco, New York, and L.A. whose focus is on supporting the work of independent talent. Californian bred, both Kidd Upstairs and X.O. come from humble backgrounds, and are 100 percent self-made.

Kidd Upstairs, who grew up in the rough streets of Oakland, began rapping in middle school and started recording his work in college; X.O. is from the small town of Blythe, California, and began cultivated his career as a rapper in 2009, but his affinity as a lyricist originated from his natural talent while penning poems in middle school.

Kidd Upstairs started collaborating with X.O. about six years ago. While working out of Kidd’s small L.A apartment, which doubles as his recording studio, most of Kidd’s work and that of X.O.’s has been created there. As artists, and friends, they have served as each others motivation and inspiration. As solo artists however both have established their own success.

Kidd Upstairs has recorded nearly 15 albums of original material. Hard working and fiercely dedicated, his initial breakthrough came with the music video Bleed My Soul, which has received over 55,000 views on youtube; while Kidd’s most successful video Amanda Bynes has drawn in an astounding 160 thousand views.

Kidd Upstairs’ hit album DMNDS, which has been his most successful album to date, has been featured and promoted on iTunes New and Noteworthy section, and his video Ashin in My Cup made the front page of VEVO, right along side artists like Daddy Yankee and The 1975. Not bad for an artist whose only promotion has come from his own efforts and those of his team. His success has brought him a dedicated and growing fan base, not to mention helped him gain a spot as a performer at uber-festival SXSW.

In a brief interview with the GuardianLV, when asked how he felt about the opportunity to perform at SXSW, Kidd said, “I’m stoked, my whole team is excited – this is our first time being there…I’m happy to have secured not only one but two showcases, and to finally link up with some folks I haven’t met in person yet.” This is not only Kidd Upstairs’ first time at SXSW but his first time in Texas. He expressed that even though he is small fish in a big pond, he is incredibly grateful for the opportunity, saying, “For me, going to an massive event like SXSW is humbling. I’m going to see the artists I look up to on bigger stages with bigger crowds and say to myself, ‘I’ll be up there, that’s going to be me.’ I’ll leave SXSW more motivated and hungrier than ever.”

X.O., who is a graduate from San Diego State University, has also seen quite a bit of personal success also. Since 2009 he has released four albums, with a new one on the way. His fist LP and digitally released album Check Please, Volume 3, featured his award winning song Orange Soda; which won him first place in the United Music League’s bracket challenge and has received almost 135 thousand views on Youtube. X.O. also won first place in 2009 at the Warner Bros Hip Hop Showcase. His upcoming album, Bringing Back the Elephant, which will be released this summer, is already being regarded as his best album to date.

When the GuardianLV asked how he felt about being a first time performer as SXSW, X.O. expressed confidence, saying, “I feel like I am more than ready to perform on a stage of this magnitude and share my music with a broader demographic.” X.O. remains humble, however, expressing that, “Being from a small town, it’s a wonderful feeling to be apart of something like SXSW. People from Blythe don’t get this opportunity every day.”

Kidd Upstairs and X.O. are going to perform at one showcase together, where they will debut a new song that they have worked on together. To give a greater sense of what makes both Kidd Upstairs and X.O. stand out as artists, X.O.’s manager Solomon Osayande said that both use lyricism as their staples with, “X’s unique trademark being his wit and clever word play, his change in octaves and smooth laid back style, while Kidd distinguishes himself by his off the wall lyrics and word usage, creating a style and sound that is markedly his own.” Solomon shared that while both Kidd Upstairs and X.O. are California bred, their styles are without geographic designation and are truly original.

For new and independent artists like Kidd Upstairs and X.O performing at SXSW is a dream come true. This opportunity for both Kidd and X.O. prove that SXSW stands by their commitment to offer rising stars a platform from which they can be given new exposure. While there is plenty of information and coverage in the media of SXSW’s big name artists or new artists that establishing greater notoriety, it is important to give some attention to the independent artists who have worked hard, having dedicated their lives to becoming successful enough to receive an opportunity like performing a set on a stage at one the world’s hottest music festivals. Kidd Upstairs and X.O. are just an example of such talent, but their impressive repertoire of work and their self-made internet success make them not only worth mentioning, but worth the continued support.

One Response to "SXSW: A Platform for Rising Stars"