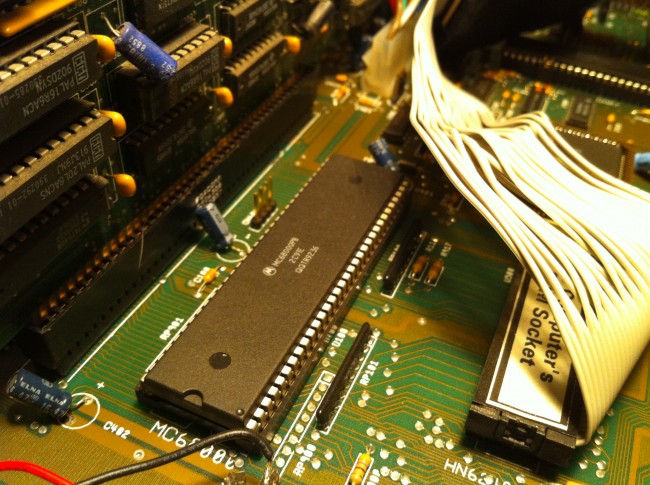 Famous historical inventors whom are well-known for some of the world’s most pragmatic inventions have made a profound impression on those who became motivated to expand the scope of technology. Theories accredited to the works of Benjamin Franklin, Alexander Graham Bell, and Thomas Edison, the “real” forefathers behind technology, have revolutionized the world during those eras in the same way technology has impacted today’s world. The notions for improving everyday life, how we interact with one another, and expanding our mediums of entertainment may have been the only encouragement that was used to inspire the creative brilliance in Franklin, Bell, and Thomas, and in turn, has resulted in the foundation for the invention of technology itself. But what about a few creatively brilliant individuals who were motivated by science fiction to bring fantasy into the real world of technology today?

Mark Twain’s science fiction story entitled “From The London Times” was the first to introduce a technology concept that would later become a major necessity for humanity: the internet. Twain’s fictional invention, called the Telelectroscope, consisted of a phone system created for the purpose of sharing information over a world-wide network. Today, thanks to the creative brilliance of computer scientist Tim Berners-Lee, the invention of the World Wide Web has become a crucial gateway in collaborating business communications, broadening the scope of education, and enhancing entertainment options with advanced technology. The concept of the iPad was first introduced in the middle of the 1960′s by the fictional science fiction character Captain Kirk from the television series “Star Trek.” This device, called the Personal Access Display Device or PADD, was used by the captain to communicate, play music, and create daily logs of the activities on the USS Enterprise. Credit for designing the Apple iPad, a portable tablet computer similar in functional capabilities as the PADD, goes to the creative brilliance of the Senior Vice President of Industrial Designs at Apple Inc. Sir Jonathan Paul “Jony” Ive. Inventor Raymond Li’s quest to defy the laws of gravity and fly without the use of aircraft as a source of entertainment was inspired by the early 1930′s science fiction characters Buck Rogers and Flash Gordon, and also by the 1965 James Bond movie “Thunderball.” This hydraulically water-powered innovation, called the Jetlev R200, is capable of soaring above and below water up to 30 feet, with speeds of up to 30 miles per hour.

Lasers seem to have always been a popular choice of weaponry for most all science fiction’s authors. Thanks to the inspiration of science fiction writer H.G. Wells in his book “War Of The Worlds,” Gordon Gould, a Columbia University student, focused his research on expanding the concept of combining an infrared light into a visible light using an open-resonator laser design based on the theoretical calculations of Arthur Leonard Schawlow and Charles Hard Townes. In 1959, he published the term “Laser,” short for “Light Amplification by Stimulated Emission of Radiation,” one of the largest monumental contributions to technology thereby spawning the creative brilliance contributed to the technology word for ideas known today as  the DVD player, the laser printer, laser light shows, and the popular 1980′s recreational sport called laser tag.