The Academy Awards Recognizes the Great Simplicity Behind ‘Nebraska’ 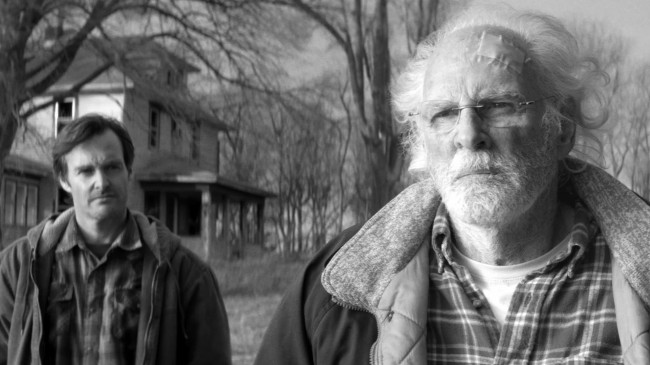 This year’s Academy awards features a fairly board selection of stories. Some are set far out at sea or in outer space while some are stories of human struggle in the face of oppression. Alexander Payne’s Nebraska does not have a decades long mystery at its centre nor a futuristic piece of artificial intelligence. Nebraska is a low-key comedy about an old man and the people in his life. The Academy recognizes the greatness behind Nebraska’s simplicity is more than award worthy. Nebraska has been nominated for six Academy awards in total.

Nebraska tells the tale of the Grant family from Billings, Montana. Woodrow Grant, or “Woody” to those that know him, is an old man and has started to show the early signs of dementia. Woody’s delusions are exacerbated by his lifetime full of heavy drinking. One day, Woody receives a letter in the mail that claims he has won one million dollars. The letter is very clearly a scam for people to purchase magazine subscriptions from the money-granting company. Since Woody does not trust the US postal service to mail in his “winning” certificate, the stubborn old man becomes determined to walk to Lincoln, Nebraska, the headquarters of the company, to pick up his cheque. Woody wants with the money are simple too as he wants nothing more than to buy a new pickup truck, something he’s never had despite the fact he can no longer drive and to replace an air compressor that was stolen by a friend decades prior. Woody’s youngest son David, a recently single audio equipment salesman, needs a distraction and agrees to drive Woody to Lincoln just to humor his father’s delusions. The pair make a stop in Hawthorne, Nebraska, Woody and his wife Kate’s hometown, for a little family reunion. David does not want his father to tell anyone about his “winnings” but the news breaks before long. During the time spent in Hawthrone, David comes to learn much about his parent’s relationship and how his father became the man he is today.

At a glance, Nebraska seems to be about nothing more than an old man’s wandering and fading mind on search for a purpose but by the time the credits roll, the film lets wonder what is the truth behind mankind’s most basic desires. The film looks at how a person becomes a sum total of all their actions and interactions with their surrounding environment. The great simplicity behind Nebraska was recognized by the Academy through the six award nominations including nods for the best picture and best director for Alexander Payne. Also nominated for cinematography, the black and white film was shot by Phedon Papamichael on an Arri Alexa. Nebraska was not shot on traditional black and white film stock but rather was desaturated in colour during post-production to the version screen in cinemas. Payne commented that it was done so the studio had the ability to release the film in colour if they felt the urge to and for budgetary reasons. The veteran character actor Bruce Dern is also nominated for his performance of Woodrow Grant while his co-star June Squibb is nominated for her turn as his acerbic tongued wife, Kate. Debut feature film screenwriter Bob Nelson also scored a best original screenplay nomination for his quiet tale of the Grant family.

Nebraska proves that sometimes the  cinema can be simple stories completely removed from the grand design of the blockbuster. The 86th annual Academy Awards will be hosted by Ellen DeGeneres. Nebraska’s great simplicity could receive further recognition from the Academy awards on Sunday, March 2nd at the Dolby Theatre in Hollywood.