The Passions of a Sculptor: Jean-Baptiste Carpeaux 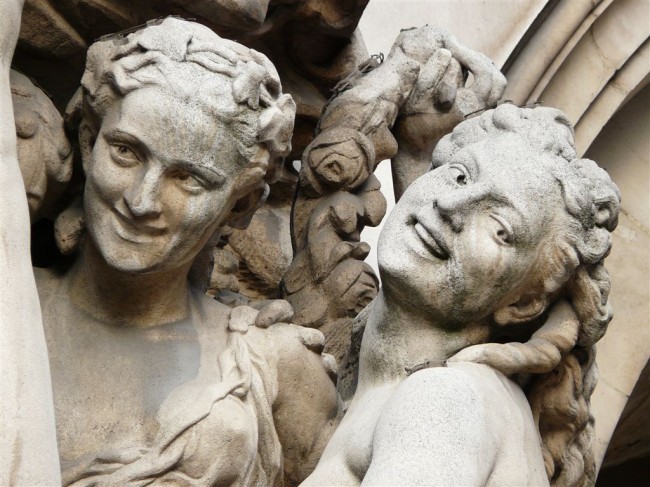 The Metropolitan Museum of Art presents The Passions of Jean-Baptiste Carpeaux that runs through May 26, 2014. The retrospective surveys the work and life of the extraordinary yet deeply tormented sculptor during the Second Empire in France under Napoleon III.

This is the first full-scale exhibition in nearly 40 years dedicated to the 19th century French sculptor-painter, Carpeaux. In the museum’s nine galleries, the show features approximately 150 works that include paintings, drawings, preliminary clay models and sculptures. The exhibit entwines art and history into a deeply informative chronicle of Carpeaux. It brings together private renderings and public sculptures, politics and court life.

The Met makes this exhibit more tangible than most as it shows the struggles,  thought progress and the realities of being a 19th century artist. Visitors will see the stages of sculptural production and the necessary materials used to create scale studies before the definitive piece is brought to life in bronze or marble.

Carpeaux is most notable for his work, Ugolino and His Sons. In what was supposed to have been a solitary figure, the sculptor insisted on creating a five-figure passage that portrays Ugolino from Dante’s Inferno. The monumental marble piece was finished in time for the Paris Universal Exposition in 1867. It is an expressive study of power and anguish. Although, the configuration appears heavy and dense, the composition is considered conventional. Ugolino and His Sons was said to be influenced by Michelangelo’s Moses, while Carpeaux’s masterpiece was to have influenced Rodin’s Thinker. 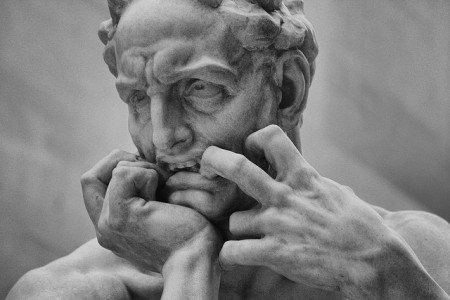 A versatile and prolific artist, Carpeaux, was a predecessor to Rodin. He merged his interest in Realism with passion of Baroque and Renaissance sculptures. His work is infused with formidable gesticulation and almost intuitive determination that echoes the anguish of his troubled life due to physical difficulties and intense mood swings. The artist strove for anatomical realism in all of his work, but most especially in his marble sculptures and busts, that appear to encapsulate “flesh and blood in stone.”

Jean-Baptiste Carpeaux established himself in artistic and social circles, and was appointed the art tutor of the only child of Emperor Napoleon III. During his stay in Tuileries, among other works, he created Prince Impérial with his Dog Nero, a gift from the Russian ambassador. The portrait was well received and reproduced in different mediums such as bronze, terracotta and plaster.

In 1863, the architect, Charles Garnier commissioned four groups of sculptors to beautify the façade of the new Paris Opera. Carpeaux was one of the groups who were chosen to praise the subject of dance. He worked for over a three-year period, creating sketches and models before selecting a composition of dancing nymphs encircling the spirit of dance.

The frieze, La Danse, seems to extend beyond its edges to reach out to its viewers, blurring the distance of space between sculpture and viewer. When the sculpture was unveiled, it was considered a disgrace due to its realism. Claimed pornographic, it was defaced with ink, and the public demanded its removal.

However, timing is everything. First, there was the war of 1870, which heralded the fall of the Second Republic, followed by the early death of Carpeaux in 1875, that eventually put a close to the controversy. Today, La Danse, stained with ink, is considered one of the 19th century’s most epic works.

Jean-Baptiste Carpeaux had a genius for “lively movement” and portrait depiction. His realist style was independent of conventional classical approaches to his subjects, which renders his work more impressive than that of his contemporaries. Like many 19th century sculptors, the passion of Jean-Baptiste Carpeaux  drew inspiration from the Baroque and the Renaissance period, however, he infused his work with a powerful creative expression that was all his own.

The Metropolitan Museum of Art