The Stanley Cup Has Been Stolen – NHL Daily [Video] 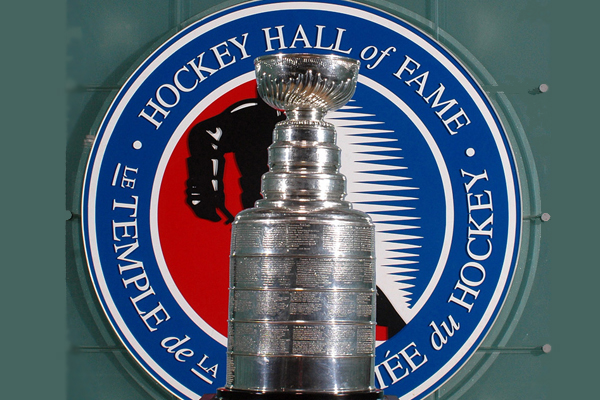 The NHL marketing team has not had a lot of success in promoting the sport. It is still considered the redheaded stepchild of professional sports, falling somewhere behind the NBA or MLB, depending on the ranking system. The league is hoping that their newest marketing ploy will start to turn the tides in their favor, but in reality, it will likely be yet another failure in a long list of them. The Stanley Cup has been stolen in the NHL’s newest marketing ploy, one that is sure to draw little interest from casual fans and cause hardcore fans to simply shake their head in disbelief.

The first ad in the campaign was released only a few days ago. In it, a compilation of breaking news reports from various NBC news outlets discusses the theft of hockey’s ultimate prize. To the marketing team’s credit, partnering with MSNBC, CNBC and Meet the Press to have these breaking news stories was a stroke of genius. The NHL already partners with NBC and their sports channel NBCSN to show the games, so using the extended family of the network to promote the sport was a good move. They even have wildman Jim Cramer from CNBC’s Mad Money discussing the value of 34 ounces of silver that the Stanley Cup is composed of. Had the ad simply been a serious discussion of the “theft” of the Cup, the ad campaign may have had some success. Instead, like so many others marketing attempts, the NHL steps into the ridiculous.

During the ad, surveillance footage is shown of the three men stealing the Stanley Cup. The three men are donned in hockey mask and wield hockey stick as a weapon. They are chased across an ice surface by two inept guards in something you would expect from Benny Hill rather than an ad campaign. The ad then follows up this footage with a police sketch of the ringleader of the group, which is simply a poorly drawn image of a hockey mask. With the inclusion of these obviously ridiculous events, the ad leaves the realm of realism and makes it obvious the entire scenario is a fake. Yet they continue the ad as if the event has really happened. It is likely the following ads in this campaign will do the same.

This mixture of attempted humor among a story the marketing team is attempting to show as a serious news story just completely misses the mark. It is not the first time the league has had a strong concept for a marketing campaign that was doomed by its execution. Hardcore fans do not need to be reminded of the time the NHL partnered with Stan Lee to create The Guardian Project, a group of superheroes with powers and names based off the teams in the league. The league released daily sneak peeks of each hero before revealing the entire Guardian Project universe during an All-Star game in 2011.

The concept was one that might have worked if not for the terrible execution. Seen in the video above, the fans at the All-Star game were left confused rather than excited about the travesty of animation that was shown before them. Promotion of the project left a lot to be desired. The marketing campaign was silently dropped from the NHL’s gameplan, but not before costing the tech firm that created the animation for the project over three million dollars, money that probably would have been better served creating toys or comics to start up the campaign rather than an expensive three minute film.

However, the NHL marketing team has not had all failures. In the past, their ad campaigns aimed toward the more devoted hockey fans have received rave reviews. The series of commercials in the “History will be made” campaign was the first sign of success in these sort of ads, and the commercial entitled “No Words”, which shows a compilation of players left speechless after winning the Stanley Cup, will send chills up the spine of any fan, regardless of the sport they follow.

If the league followed a similar formula for their latest ad campaign, rather than the hackney attempt at drama and humor, it is quite possible that the NHL could have found a lot more success during this year’s playoffs. After all, many of the major markets in the United States are currently in a playoff spot and expected to go far. However, if the first ad in this “Stanley Cup has been Stolen” campaign is any indication, all that will mean is a bigger audience to laugh at yet another failed attempt to market the sport.

This article is one in a daily series, providing coverage, analysis and predictions to NHL fans.