The World Leader Who Wants to Cut Down More Forests 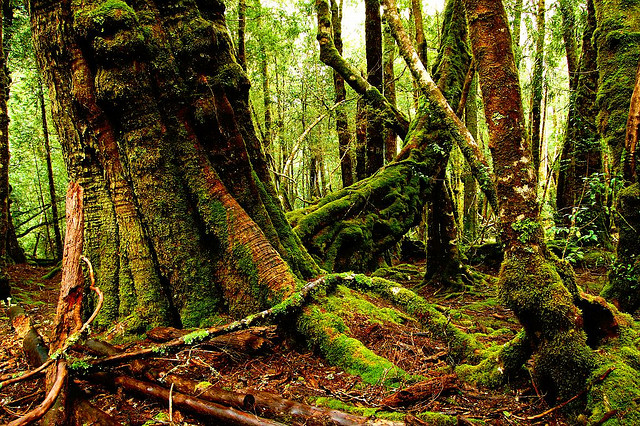 Most world leaders would at least pay lip service to the worrisome issue of deforestation, not Australia’s prime minister, Tony Abbot. He thinks the nation has too much “locked-up” forest and declared it open for business for the forestry industry.

The specific part of the Australian continent to which he was referring in a speech to a ForestWorks dinner, is the 74,000 hectares of World Heritage listed forest in Tasmania.  They are the tallest flowering forests in the world with many ancient trees over 80 metres in height. Speaking in Canberra earlier this month, Abbott expressed his desire to strip that forest of its World heritage ranking and complained about the extent of national parks already in existence. His government will certainly not be creating any more.  These currently constitute 4 percent of the total land mass of Australia.

Evaluating that they had “quite enough” national parks already, the prime minister went on to wonder why so much of this country had to be “locked up” when there was “too much” locked up, as he put it, already.  He described the Tasmanian forest as degraded, already logged and planted for timber and blamed green ideology for crippling the economy.  One percent of all Tasmanians work in the forestry industry. Tourism accounts for 15 percent of the economy with the forests being a huge drawcard. 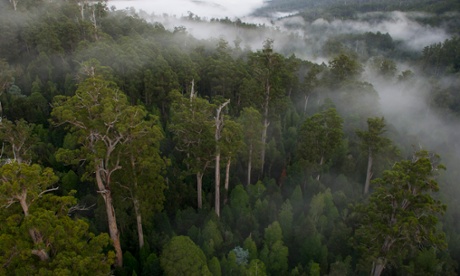 Flattering the forestry workers at the dinner, Abbott told them they were not “environmental bandits” but people who work with timber, and “intelligently make the most of the good things God has given us.”  In his opinion, the “environment is meant for man” and it is not just the other way around.

Leading defender of the forests, Bob Brown, says the government has misled the UN in applying to have the forest stripped of its World Heritage protection. He counter-claims that 90 percent of it is “ecologically pristine” and boundaries were redrawn to incorporate areas where there had been some peripheral logging. The major proportion of the forest has not been previously disturbed at all.

The Australian Network of Environmental Defender’s Office (ANEDO) said that submission for delisting would remove the imperative for foresters to protect threatened species like the rare Tasmanian Devil. 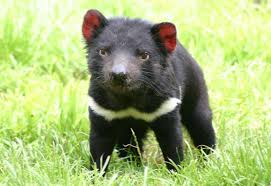 Bob Brown has concerns that there is a hidden agenda to ultimately privatize the forests.  He argues that they are far more valuable as carbon storage than as woodchips. He, along with other observers, noticed a distinctly Biblical theme to the prime minister’s oratory when he addressed the loggers.  Christina Milne, leader of the Greens party, also noted the “Old Testament” tone. It’s an “anti-science” view she fears, “where the environment is to be exploited by the resource industry.”

She went on to express her opinion that Abbott is a “dangerous man” with scant regard for the wonders of the natural world. She included his contempt for the reefs as well as the rainforests.  These are aspects of Australia which many overseas visitors associate with the continent and serve its international appeal. Closer to home, she believes that even die-hard conservatives will be “scared” by his radical plans to “trash existing national parks.” Mr Abbott has never been to the forest in Tasmania that he hopes to see cut down and logged.

Now a senator from Western Australia has waded into the debate with a memorable speech, albeit delivered to an almost empty Senate. Nevertheless, the public have latched onto his words via YouTube and he has gathered more views than Cate Blanchett winning her Oscar.

Senator Scott Ludlum candidly and caustically tore the prime minister to shreds, even as he invited him to visit his state, and at the core of his dissent was the disdain Abbott shows for exploitation of the natural environment for immediate financial gain, no matter the longer term impact. Pretending the Tasmanian old-growth forests were already degraded, when in fact only a tiny percentage has ever been touched was one in a long list of “crimes” the current leader is prepared to commit.

The speech, which asked Abbot to leave his “excruciatingly boring three word slogans” at home should he take up the offer to visit WA, finished by thanking him. This is because, according to Ludlum, ‘Every time he opens his mouth, the green vote goes up.”

The Tasmanians had only two years ago secured a peace agreement between all parties with vested interests in its forests, the Tasmanian Forest Agreement. This was co-signed by the loggers as well as the environmentalists. It was supposed to end thirty years of disputes and disagreements, and it was signed partly in recognition that all the uncertainty that created was affecting sales. The Japanese, main buyers of woodchips, had started to shop elsewhere. It was proving to be a very workable agreement as it secured supply from plantation forests for the timber workers alongside protecting the native and ancient wilderness.  This deal has every chance of being broken should the World Heritage listing be removed. 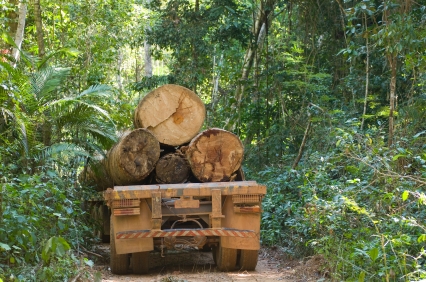 Some in the timber industry, contrary to what might be expected, fear that the removal of the listing, and the commencement of logging in what was World Heritage site, may injure them. Terry Edwards the head of Forestry Industries Association of Tasmania, said the government was taking a risk that was “unwarranted” and that his members did not want. They had all been enjoying the relative peace wrought by the agreement.  Should so-called “forest wars” break out again, then Japan in particular, will not be happy. It could potentially be a massive lose-lose situation.

Global Forest Watch (GFW), a tool that enables users to track real-time deforestation on an interactive website was launched this February. Google was one of the many collaborators on the project, with their role to help visualize the data. It was designed for use by the scientific community and by interested laypeople, and hopes to stem the rapid tide of deforestation across the earth. The transparency offered by GFW is hoped to be an important step towards stopping illegal logging, and protecting indigenous communities.

In the Amazon, the equivalent of 300 soccer fields is still demolished every minute. Although the Forest Code of 1965 had seen a gradual decline in destruction, a 2012 revision has changed all that. The revisions include amnesty for loggers who illegally felled before July 2008. Forgiveness for half a century of illegal land clearance is a strange way to tackle crime. Deforestation shot up by 28 percent between August 2012 and July 2013. 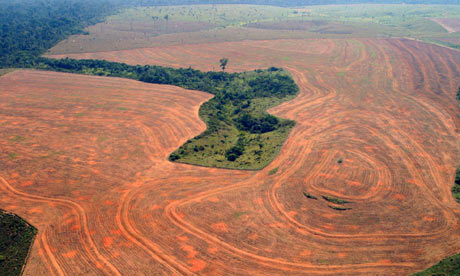 Rainforest now only covers 6 percent of the world’s surface and of that 6 percent, only 9 percent is in Australasia. The Amazon and the Congo Basin are the largest survivors of these invaluable ecosystems. Not only are they home to hundreds of tree species, which provide many medicines, they are also home to 50 million indigenous peoples. Famously called “the lungs of the world” by Al Gore, they are essential for their contribution to carbon emissions. Curbing deforestation has been identified as a key factor in reducing climate change (as per The Stern Report)

The proposal to delist the forest will be considered by the UNESCO Committee on World Heritage at their meeting in Qatar in June.

One internationally known Australian, who is probably better known than Tony Abbott, is writer Germaine Greer. She has recently published White Beech, an account of her own attempts to save a 60 hectare patch of rainforest in Queensland. Her land at Cave Creek has become her passion and she aims to serve, rather than control it, despite the mass infestations of many non-native weeds.  She has seen species thought to be in terminal decline return to life and is now a fervent champion of rainforest rescue efforts.

Although she acknowledges the rightful focus on the decline of tropical rainforests, she also warns that sub-tropical forests, like hers, and like the one in Tasmania, are also under attack. Indeed they are, internally, by the incumbent government.

The fight against deforestation will not be helped by the actions of a world leader who does not like to see them “locked up” and would like to send the loggers in to chop them down.

Sources:
The Age
The Australian
The Economist
Rainforest Foundation