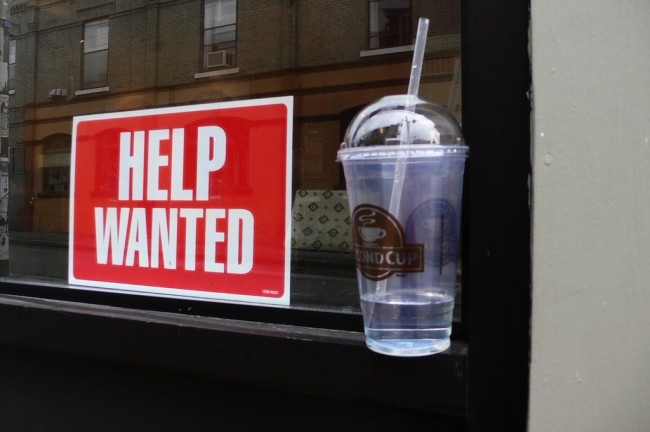 Senators from both sides of aisle have come to an agreement to extend federal long-term unemployment benefits for five months. The benefits would be retroactive to when they expired December 28. The bill now goes to the House of Representatives. About 1.3 million people lost their unemployment benefits when they expired on December 28, according to Dana Saporta, director of US economics research Credit Suisse.

“As more people exhaust their state benefits, the number of Americans now affected by the expiration of federal benefits reportedly has reached 2.0 million,” Sapporta wrote in a report released March 6.

The deal follows this morning’s release from the Labor Department that unemployment claims fell by 9,000 to 315,000 for the week ended March 8. Economists expected jobless claims of 330,000. Last week’s unemployment level is the lowest seen since November’s end, suggesting that the labor market is stabilizing.

“It is important to remember that initial claims data has been relatively volatile in recent months so it would be unwise to read too much into a single release, but it was certainly welcome news,” Andrew Barber, founder and chief and chief market strategist at Asymmetric Risk Advisors, said in an email. The Corning N.Y.-based asset management firm oversees more than $100 million in client assets. “Also continuing claims, at 2.86 million, remains very high suggesting that structural changes in the labor market persist.”

With the four-week moving average for jobless claims dipping to 330,000 from 336,000 the Federal Reserve has enough evidence to believe that the labor market continued to improve this month, says Kathy Lien, managing director of BK Asset Management. Adding in a 0.9% rise in import prices, the Federal Reserve’s economic outlook should sound more optimistic and it will continue tapering its bond-buying program, she wrote in a note Thursday.

Relatively high unemployment levels has stagnated workers’ pay since the recession. President Obama is calling on the U.S. Department of Labor to require overtime pay for several million additional fast-food managers, loan offices, computer technicians and others classified as “executive or professional” employees, previously exempt from compulsory overtime. This may help create jobs, according to Amy Schmidt, Ph.D., who serves as associate professor and chair of the economics and business department at Saint Anselm College in Manchester, N.H.

“Overtime is time and a half. That’s a fifty percent increase in wages. Depending on how much overtime is being done at a company it is conceivable that it would be cost effective to hire one new full time person rather than paying a 50% higher wage for 40 hours of work performed by several people, even with benefits,” Schmidt, Ph.D., said in an email.

“Some of the benefits for those performing overtime also depend on their wages and will also increase,” Schmidt, wrote. “The contribution to the payroll tax to fund social security and medicare, for example, will be cheaper if they are paid to a straight-time worker, than an overtime worker. Also, there can be an increase in employment without benefits, if additional part time workers are hired.”

Senators and members of the House of Representatives have agreed to extend unemployment benefits 11 times since 2008.