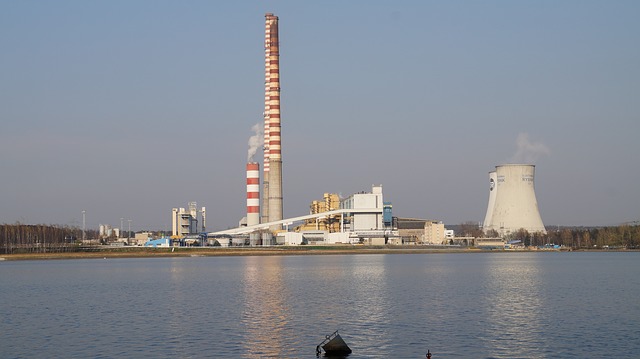 Air pollution, and its relationship to the future of the planet, has been a major concern lately for scientists, governments and citizens alike. Some countries have extreme air pollution issues, such as China, and are believed to be seriously detrimental to the world’s air quality. Thankfully, all hope for a clean future may not be lost. Scientists have announced that if citizens of the world were to reduce the overall temperature of the planet, cooling the climate, air pollution would greatly decrease.

Coal-fired power plants are proven to contribute greatly to the rise of greenhouse gas emissions; therefore, these plants may be a necessary target to reduce the warming of the planet. China relies on coal-fired power plants to fuel its ever-growing industry, leaving a quarter of a million people to severely suffer or die from extreme air pollution. The last decade of human involvement with the environment, particularly from an increase in emissions, has led to an extreme increase in greenhouse gas levels in the atmosphere.

The Intergovernmental Panel on Climate Change (IPCC) has created a graph depicting the utmost level of greenhouse gas emissions the atmosphere can take before it becomes too warm to sustain life as it is known; this graph is called a “carbon budget.” If the world stays at its current emissions level, or increases it, it will overshoot the carbon budget and cause severe problems. Professor Edgar Hertwich, from the Norwegian University of Science and Technology, has assessed the world’s current emissions dilemma and has concluded that “if we do not want to overshoot, we need to bring emissions down to basically zero over the next 50-60 years.”

The governments of the world need to fully move away from coal-fired power plants in order to save the atmosphere. Phasing out of this dirty energy is important; if coal emissions continue to pollute the atmosphere then expensive and possibly unreliable negative-emission technology, which is literally CO2 removal from the atmosphere, will need to be implemented. If governments utilized clean energy alternatives the world would not experience any loss; only gains with greatly decreased air pollution and a pleasingly cooler climate.

China is not the only country that uses coal; however, it is one of the countries that utilizes it the most. America is also operating many coal-fired power plants, which are the dirtiest energy creators that the United States enables. Coal emissions are not the only problem with using coal as an energy source. Coal is a non-renewable natural resource, meaning that it cannot be recreated; it is a finite resource, so when it is gone it’s gone. Coal does not renew quickly enough for its current level of exploitation. Coal mining destroys the surrounding environments and ecosystems, especially in mountainous regions; coal pollution contaminates streams and the health of people exposed to the emissions.

“Coal is the single greatest threat to civilization and all life on our planet.” This statement, from James Hansen, NASA’s top climate scientist, proves that there is no hope in the future of coal-fired power. If the world stopped its use and reliance on dirty coal energy, within the next few years governments could turn entirely to cleaner energy and pave the way for a clean energy future.

While coal-fired power may not be the only culprit for the state of the atmosphere, it is certainly a main contributor. Without the use of coal-fired power plants the atmosphere would become much more stable, which in turn would allow for a cap on climate warming and a decrease in air pollution due to the cooler climate. Citizens of the world must unite and combat climate issues in order to stabilize the environment and ensure a clean energy future for generations to come.