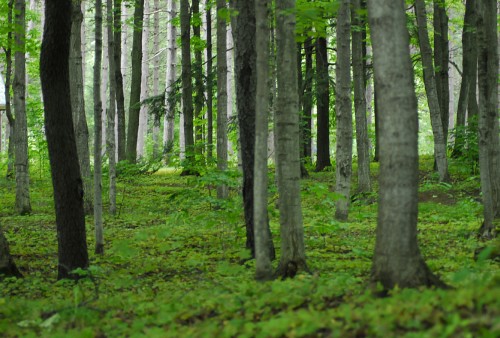 The Arbor Day Foundation was founded in 1972 and is the largest tree-dedicated nonprofit in existence. The group is dedicated to sharing the importance and joy of trees with the world. With Arbor Day earlier this week, the foundation has named a champion city in the United States that is the most dedicated to planting and maintaining forests, which is only a small part of the large scope that this foundation stands for and oversees. The Arbor Day Foundation does not only work on Arbor Day; rather, the nonprofit is in a constant fight for the remaining trees of the world.

Within the last 100 years of the United States’ existence, 94% of the country’s old growth forests are depleted. These are the forests that were here and thriving before the arrival of man and industrialization. There is no proof that old growth forests are capable of being replenished because the regeneration has never been done successfully. There are companies who replant a forest after the harvest of an old growth forest, though the fauna that occupied the forest before the initial depletion more often than not never return. The biological diversity is compromised with mass harvest and can never be met again by the hand of man.

The Arbor Day Foundation strives to bring awareness to issues such as this. Its goal is to encourage people to plant trees, but most importantly nurture and respect the trees that currently inhabit the earth. Education is incredibly important to the Arbor Day Foundation. The nonprofit is responsible for many forestry initiatives around the country, such as Tree City USA, Tree Campus USA and a Rain Forest Rescue force. These programs bring awareness of the importance of trees and all that they have to offer human beings. Without trees we would not live the lives we are accustomed to, in fact, we may not live at all. The Arbor Day Foundation’s fight for the trees is immensely important.

The United States is very diverse in terms of forest growth. Even though a large chunk of the original forests are gone from the country, the forests that do exist are incredibly unique and necessary for the earth and atmosphere. For example, 2/3 of the world’s temperate rain forests reside in the United States. Temperate rain forests have the capability of balancing the greenhouse gas content of the atmosphere. These forests are home to incredible species that are not found anywhere else on earth. Their survival is important for the balance of the planet.

Even though saving the world’s remaining forests often seems like an uphill battle for organizations such as the Arbor Day Foundation, they never give up. Through action and encouragement the nonprofit has initiated many volunteer programs to plant trees and educate the public of the necessity of current forests. Even though old growth forests cannot be fully replaced, planting trees in general is much better for people, flora, fauna and the environment than having no trees at all. From urban environments to rural environments, the Arbor Day Foundation can be found at the front-line of the fight for trees.