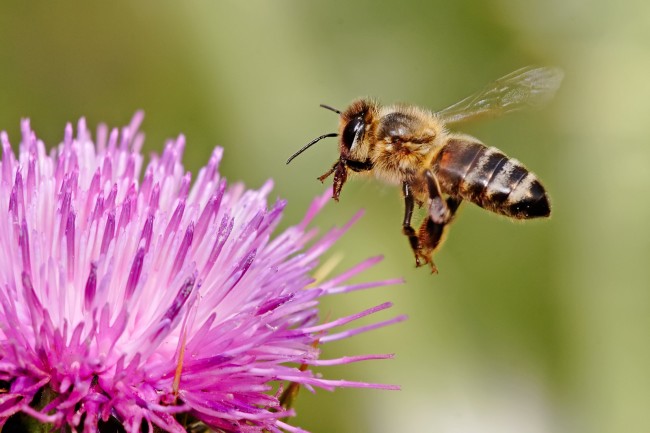 Warmer weather is fast approaching, trees are turning a leafy green, and flowers are blooming. The chirping of birds is starting to fill the air, but one small sound might be missing, the buzzing of happy bees. Bee keepers are becoming more and more concerned about the status of bee colonies, prompting the question, could bees be in danger of extinction?

Sue Garing is a bee keeper in Kirkwood, New York. Garing is becoming rapidly alarmed by the absence of buzzing bees. The bee keeper blames the growing decline of bees to the Colony Collapse Disorder. This disorder is largely due to the varroa mite, which is similar to a tick, and is a parasite of the honeybee. The varroa mite wounds the honeybee by puncturing the protective outer shell full of holes. This leaves the honeybee vulnerable to bacteria and viruses.

Garing shares that there are more than 50,000 honeybee hives in New York alone, and these hives produce over 2.5 million pounds of honey per year. Garing explains that if bees actually do become extinct, not only would honey production suffer, but the economy, environment, and farms would also suffer. Bees directly affect about two-thirds of the food we eat, for example, apple trees, and if the bees are gone, so are these foods.

Garing also blames humans for the dwindling decline of the bee population. The bee keeper explains that the chemicals put into the environment are essentially eliminating the food supply for many animals, including the bees. Another bee keeper, Bob Nolan says that the decline of the bigger bee colonies is why he decided to start his own bee colony. Nolan also wanted to have bees so he could contribute to pollination. Nolan planted 80 blueberry bushes on his property so his bee colony could pollinate it.

Chemicals are the big reason why the bee population is dwindling. In a recent study conducted on bee colonies, almost two-thirds of pollen collected by bees was contaminated with insecticides, fungicides, and acaricides. This poisoned pollen threatens not only the individual bee that collects the pollen, but the entire colony, including the larvae, drones, and worker bees, because they all eat the pollen for energy and protein. However, more harmful to the bee is the presence of multiple chemicals in the pollen instead of just one. The combination of chemicals is more toxic for the bee that just a single chemical would be. These chemicals hurt the bee’s immune system, making them more vulnerable to diseases after the varrora mite has punctured their hard shells.

The fear the bees could become extinct is not only felt by bee keepers, but also U.S Senator Kirsten Gillibrand. In February of this year, Gillibrand requested that the U.S. Department of Agriculture start investigating the alarming loss of the bees population. Gillibrand also demanded that these farms be assisted and given the proper support, so that they could increase their bee populations. There is no word if this will support will include the decrease of chemicals used in the environment.