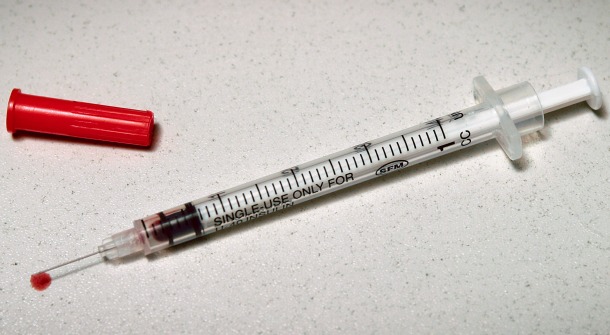 While many people become depressed for short periods and go through phases of feeling sad or unhappy, true clinical depressive states are actually illnesses. It is diagnosed as a mood disorder and can interfere with daily life and last for weeks, months, or even years. In addition to having feelings of sadness, clinical depression also can cause feelings of anger, loss, and frustration. Unfortunately, doctors do not know exactly what causes it though there is the belief that it occurs because of certain chemical changes in the patient’s brain. Because of this, there has been no way to determine the existence of the illness through regular blood tests. Now, though, researchers have determined that a blood test to diagnose depression may be possible.

Recent studies performed at the Medical University of Vienna (MedUni Vienna) have demonstrated that this mental illness may be detectable by performing a blood test. Frequently, depressive conditions can be caused through a lack of serotonin. Serotonin has been touted as the happiness hormone and a protein in cell membranes known as serotonin transporters (SERT) passes this hormone, or neurotransmitter serotonin, into the cells. When this occurs in the brain the SERT manages the networks of neural depression. When there is a lack of serotonin, depressive conditions may result.

Researchers have found that the serotonin transporters also occur in abundance throughout other organs and in the blood. Studies now show that the SERT found in the bloodstream works exactly like the one in the brain. When the serotonin transporters are in the blood, they regulate for the blood platelets the concentration of serotonin in blood plasma. With this finding it is now possible to consider that a blood test in order to diagnose depression may be available in the future.

Pharmacological investigations as well as magnetic imaging of subject’s brains have demonstrated the relationship between serotonin uptake through blood platelets and the previously diagnosed functions of a brain with a depressive network. This network is active primarily at rest. Recent years have allowed researchers to determine that this network is actively suppressed while engaged in thought processes which may be complex. One of the reasons that depression causes poor concentration is that patients with this clinical illness have networks that are not suppressed at these times when concentration is necessary.

Because the serotonin transmitters in the blood work and are exactly like those found in the brain, the study has opened up some future diagnostic possibilities. Performed at the Medical University of Vienna, the studies were carried out by Ulrich Rabl and Christian Scharinger. The studies were overseen by Lukas Pezawas at the Department of Biological Psychiatry part of the University Department of Psychiatry and Psychotherapy at the university. Additionally, collaboration occurred internationally through partners such as the Central Institute for Mental Health Mannheim and the Technical University of Dresden. Together, these researchers have determined that it may be possible to diagnose depression through a simple blood test. This could result in more accurate diagnosis in patients. Until now, performing blood tests for the diagnosis of mental illnesses has been thought of as being impossible. According to the researchers involved, this impossibility has now become a possibility.