Boston Marathon Bombing to be Honored in Denver Run Monday 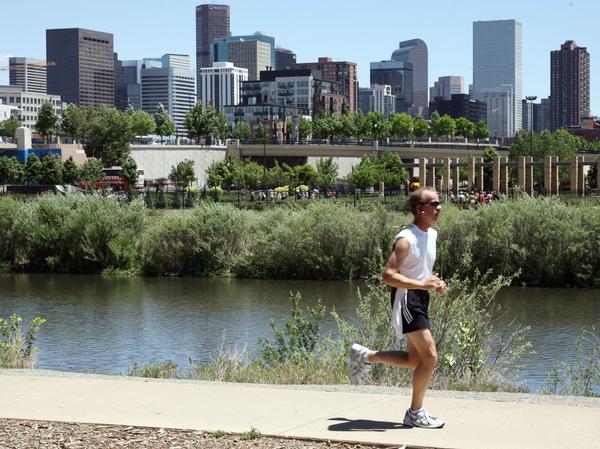 The 118th Boston Marathon will be held on Monday, April 21 2014.  This year’s running is a special one in the minds of many because of the tragic bombing that occurred last year’s marathon, just inches from the finish line. Many Colorado based athletes will be participating in Boston, as they do every year, to show their support but runners in Denver don’t have to run to the East Coast in order to honor the victims of the Boston Marathon Bombing.  They can do it by running in Denver and raise money for charity, thanks to Nike and Colorado’s Runner’s Roost running retailers.

On Monday, an event will be held in Denver’s Washington Park, sponsored by Runner’s Roost and Nike to raise money for the Challenged Athletes Foundation and to remember the 2013 attack on the Boston race held annually since 1897.  At 8a.m. Mountain Standard Time, runners will gather at Washington Park and upload to the Nike+ app with hashtag #StrongerEveryRun, at which point, Nike will donate one dollar for every mile logged on their fitness app.  The event is being held to coincide with the start of the 2014 Boston Marathon.

Denver has a strong running community but obviously, not everyone can make it out to the East Coast to run in the marathon, and just about everyone who runs in Denver wants to honor the bombing victims in some way during the race.  This is the perfect way to do it.

So much of the reward in running is not the acclaim that comes with it, as in many sports, but the sense of accomplishment one has when one simply reaches the finish line of a race or sets a personal best or reaches a personal goal in terms of distance.  Small accomplishments carry just as much reward for casual participants as larger accomplishments carry for the most ardent runner.  Without a doubt, this is why the 2013 Boston Marathon Bombing resonated so loudly and carried so much weight with runners all around the world.  It is why those in Denver will run to honor the victims this year and more than likely, in years to come.

Anyone who wishes to participate is encouraged to come out.  Runners will be meeting in the South High School parking lot, and money will be raised per mile whether participants run, jog, walk, or even crawl.  The miles logged will be money raised then donated by Nike to the Challenged Athletes Foundation.

Nike is holding other fundraisers in honor of the Boston Marathon, as well.  In Boston, starting Friday, Nike will be donating $100 for every mile run on treadmills in their Boston Store and believes they will be donating at least $150,000 dollars by the end of Monday.

No registration is required to honor the Boston Marathon Bombings in the Denver run at Washington Park at 8a.m., Monday but mileage must be logged with the Nike+ app under the hashtag #StrongerEveryRun for miles to count.  Miles can be logged all day.  The 8a.m. start time in Denver is the exact same moment the 2014 Boston Marathon will be starting off.