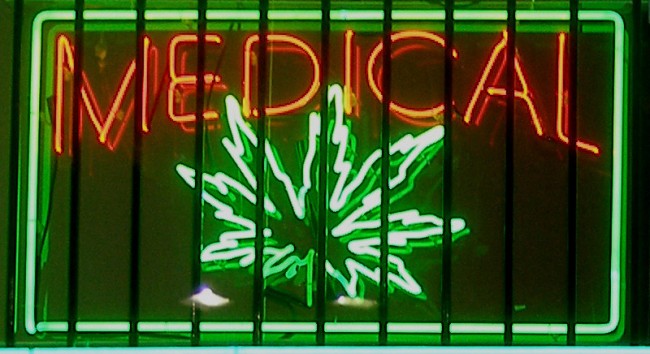 After multiple failed attempts to normalize California’s haphazard medical marijuana program, one state lawmaker has introduced legislation he believes will finally get the state stricter medical marijuana regulations.  Assembly member Tom Ammiano introduced a measure last month that would create statewide rules for marijuana businesses in California. Ammiano says he is cautiously optimistic and that people have seen that the more regulation you have, the less chaos there is.

Ammiano has sponsored several similar bills in recent years. Each of these bills has either lost support or was stopped by opposition who felt the regulation did not address crucial issues. These issues include the impacts marijuana cultivation has on the environment and the income tax potential local governments would have on the product.  Tom Ammiano says measure, AB 1894, addresses these issues.

In 1996, California was the first state to legalize marijuana, but only for medicinal purposes. Since then, California has failed to come up with the regulations needed to effectively govern the Marijuana industry. This has left the implementation of medical marijuana laws up to local cities authorities and the vagueness of these laws may get California stricter laws and regulations.

Cities like San Francisco and Oakland have passed clear rules for medical marijuana uses that dictates the location in which dispensaries may operate and taxes the revenue produced by these dispensaries for their local governments. Other cities like San Diego and Los Angeles are largely unregulated with limited control over the number of dispensaries in any designated area or the guidelines for doctors who the issue recommendations.

Marijuana still remains illegal at the federal level and the lack of standards for it leaves the state of California defenseless to crackdowns. The Obama administration has shut down several medical marijuana businesses throughout California citing the industry is out of control. Medical Marijuana dispensaries in California are raided regularly causing headaches for law enforcement and business owners alike.

Federal authorities are less aggressive in state that have stricter regulations. For example, in Colorado less dispensaries are subjected to raids by the DEA, and federal authorities have allowed the state’s new adult-use marijuana program to operate in peace stating the federal government should not interfere with states that have effective guideline and implementation. Until laws are changed on the federal level, raids can still be conducted in any state.

Ammiano’s legislation would generate a division inside California’s Department of Alcoholic Beverage Control. The division would to regulate all medical marijuana related bodies throughout the state of California including farms.  The Department of Alcoholic Beverage Control would also charge fees on businesses to increase profits for the state. Local municipalities would also be allowed to impose additional taxes.
Experts believe Ammiano’s legislation will be all that is needed to lay the groundwork for the complete legalization of marijuana in California. Advocates for marijuana also believe statewide rules are necessary before the next step in legalizing the plant fully can be taken.

Surveys have suggest that the majority of  people in California support legalizing marijuana for recreational use and there are plans to put a legalization initiative on California 2016 ballot. Ammiano’s bill is scheduled to be heard by the California Assembly’s Public Safety Committee later this month. It seems that thanks to Tom Ammiano California is poised to get stricter medical marijuana regulations, and that might not be such a bad thing.

One Response to "California Gets Stricter Medical Marijuana Regulations"