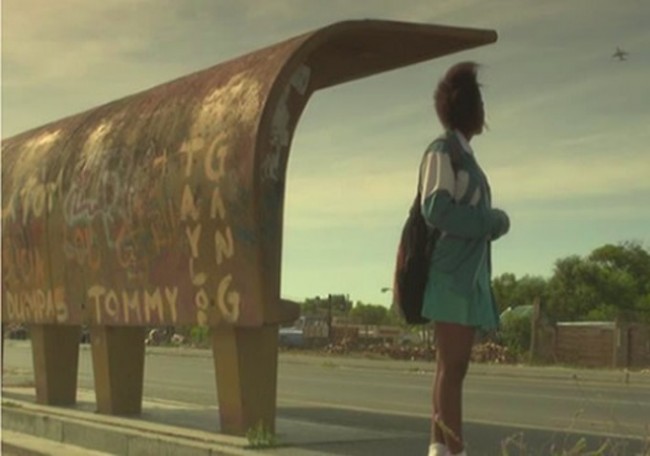 Short films have often been an aferthought in the world of cinema. Many years ago, HBO would feature them to fill space between feature films, to flesh out the schedule, but now that space is occupied with ″making of″ or other filler. Short films have had something of a renaissance with the advent of Youtube, Vimeo, and Network Awesome, among other streaming options. So, since 2011, the esteemed Cannes Film Festival has been screening short films and allowing students to compete for an elite audience of cinephiles.

For 2014, the Selection Committee had to sort through 3,450 short films, from 128 countries, before deciding on the nine finalists for competition. From that vast assortment, only one can win the Short film Palme d’or, Cannes coveted statue. This year, finalists for the prize include offerings from both Georgia and Azerbaijan. None of the nine were from the United States. A U.S. student did make it into the 2014 Cinefondation Selection.

NYU graduate student, Marcus Green, for instance, is featured in a competition for one of three Cinefondation Prize. Those three will be screened prior to the announcement of the Short Film Palme d’or. Green’s offering is titled, Stone Cars. The 14-minute narrative was shot in Cape Town’s Khayelitsha township and tells the story of a young woman who is wrapped in a confused and confusing teenage romance. The romance is confused because teenagers are confused and its confusing for the same reasons. The female protagonist will have to make a decision which will affect her entire life. Green has been lauded as having a masterful handle on the characters and story, enough to launch his pre-thesis film to the worlds’ cinematic stage. Indeed, to affect an audience so profoundly in under 15 minutes requires a no-nonsense approach to storytelling that wastes no words or shots. Exquisite precision is demanded of any artist working in a short narrative form.

Stone Cars has already been featured at the Pan African Film Festival, was a finalist for the HBO Short Film Award, and was the winner at the Hammer to Nail Short Film Winter Contest 2014. Since so many big-name directors make their way into the Hollywood system based on talent displayed in their short student films, Green could possibly be on the lips of every film lover in just a few years time. Since Cannes has so graciously decided to screen short student films both for a Palme d’or and under the auspices of the Cinefondation, talented global filmmakers are able to have their day in the golden, French sun.