Celebrities Why Do They Have so Much Influence? 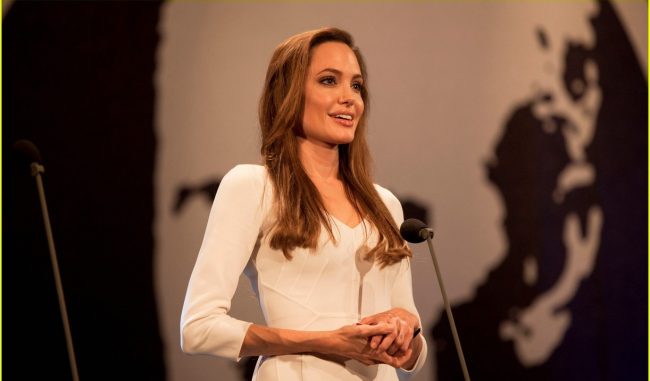 How many conversations started regarding what some celebrity did or said? Conversations such as “did you hear what Miley Cyrus did on the weekend?” or “did you see what Beyonce wore to the Grammys?” It seems celebrities have so much influence on people all around the world. Why is that? Celebrities are just people who are paid to pretend to be someone else.

Many nations have adopted the idea to get celebrities involved with charities. If an actor from a famous movie gets on television and asks people at home to donate money for a cause, that advertisement will get more attention than if an unknown was to do the same. Does that mean that people are donating money because someone famous told them to? A politician posting on their Twitter or Facebook account about a dilemma may get some notice. A celebrity posts on their account about the same dilemma and it can go viral.

Do celebrities know more than the average human, or even people who have a degree or diploma? The answer is no. The difference is what the celebrity is associated with. Celebrities star in movies or television shows that the public enjoys. Therefore, whenever an individual sees a celebrity their brain connects the person with the good feeling they get from watching their movie or television show. This stimulates individuals to pay more attention. As opposed to watching an unknown, in which case the brain thinks “who is this guy and why should I listen to him?” or politicians have a bad reputation for being corrupt or deceitful, in which case the brain thinks “everything coming out of his mouth is a manipulation.”

Specific celebrities are used to advertise different things according to what they are mostly known for. For example, Morgan Freeman is seen as an intelligent father figure, so he is used to narrate documentaries with the incentive to teach audiences. Scarlett Johansson is a sex symbol, so she is used to advertise beauty products such as lipstick, make-up or dresses to fool woman into believing buying her merchandise will make them just as attractive. This is why celebrities are always seen in particular roles, to influence a specific group as much as possible.

There is an entire business of magazines dedicated to informing celebrities’ personal lives. Magazines telling readers what to wear because their favourite singer is wearing the same thing. Telling readers who a celebrity is dating, what movie they are going to be in next, who broke up with who, etcetera. Even someone who is not up-to-date with celebrity gossip is influenced by celebrities on a daily basis. Billboards, advertisements, news, radios, merchandise, all have celebrity faces on them.

Why actors and not scientists? Actors are just sources of entertainment; scientists change the world. Day-to-day technology that makes life easier, medicine which saves lives, cosmic discoveries explaining the origins of the universe, all accomplished by scientists. Why is it people wear ridiculous outfits because Lady Gaga wore them, but nobody wears bowties because Bill Nye wears them? Because movies are uncomplicated forms of entertainment; movies do not require much critical thought, they just play out. Science on the other hand requires some effort in understanding. Which is why anyone can name which movie won the Oscar for Best Picture last year, but no one can name who won the Nobel Prize for Physics in any year.

Is their influence a good or bad thing? Their influence can be used positively when wanting to attract attention to a just cause, like charity. If a celebrity appearance will increase donations, than their influence is a good thing. But for the most part their influence is blown out of proportion. Celebrities do not usually have the qualifications to justify why they have as much influence as they do. Some celebrities have been known to have dropped out of high school and yet people take their advice on health, science, politics, environmental awareness, and medicine. It is unethical to take advice from someone just because of their social status. Their influence comes from this discomposed notion that because they are famous and glamorous, they must be important. Celebrities are just professional storytellers who smile and look pretty for the camera.

9 Responses to "Celebrities Why Do They Have so Much Influence?"