China Gets Serious About Pollution 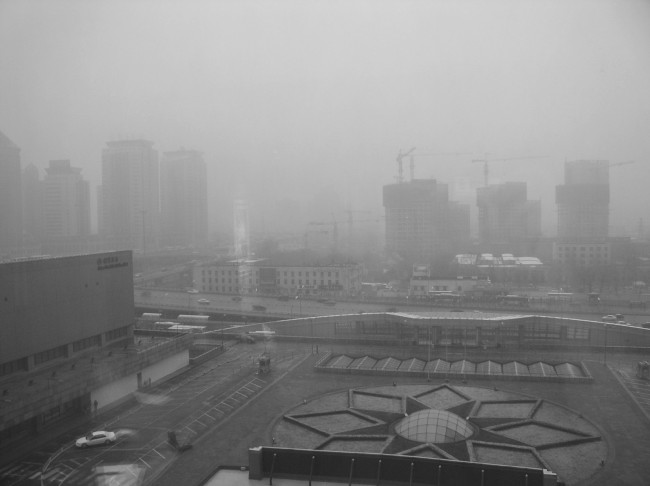 Amid the flood of news reports about appalling air quality in Beijing, polluted groundwater, and contaminated farmland, the Chinese government enacted tough new environmental regulations. This expansion of the country’s 1989 environmental protection law suggests that China is ready to get serious about fighting serious pollution problems that have accompanied many years of impressive economic growth.

The 47 articles that make up the existing law will be replaced by 70 articles to make environmental protection the basis of the country’s national policy, a statement on the government’s Web site said. The new environmental laws take effect on January 1, 2015.

Some of the new articles impose tougher punishments on polluters, says Barbara Finamore of the Natural Resources Defense Council. Punishment is only one aspect of the new law. The new laws will also offer legal protections for whistle-blowers as well as imposing fines or other punishments for violators. Company officials can be detained for up to 15 days if they are not in compliance with pollution laws. Offenders face daily fines. Local officials who falsify data or fail to enforce regulations can be demoted or dismissed.

Environmental nonprofits registered with the Chinese government will be able to file public interest lawsuits against polluting enterprises. Finamore says there about 300 organizations that would be able to file suits under the new law. This is a significant change since Chinese courts only refused to hear such cases in the past.

Me Jun, head of the nonprofit Institute of Public and Environmental Affairs in Beijing, said the new laws have many good elements in them. For example, the laws discuss the sharing of environmental quality, pollution and information about public participation in enforcement. Those provisions establish basic rights to a clean and safe environment, Ma Jun said.

The new law comes amid concerns, at home and abroad, over increasingly severe pollution. The new laws are generally popular with environmentalists who have wanted China to get serious about pollution.

China has ongoing issues with soil contamination, water quality and air quality. The tough punishments were spurred at least in part by a Ministry of Land report that showed 60 percent of the nation’s groundwater was of poor or extremely poor quality. In 2013, air quality in Beijing failed to meet standards 52 percent of the time, according to a Ministry of Environmental Quality report. The winter of 2014 brought another long stretch of bad air days to Beijing and other Chinese cities.

A report issued last week by China’s government revealed that one-fifth of the nation’s farmland is polluted. Arsenic, cadmium, nickel, lead, mercury and pesticides contaminate the soil. Worse, the pollution is spreading rapidly.Groundwater contamination is widespread, as well.

Polluted air, soil and water have been linked to the Chinese government’s pursuit of rapid economic growth no matter the short-term cost. The energy use that drives that economic growth has made China the world’s largest greenhouse gas emitter, experts say. As a consequence, environmental issues have become a principal source of social and political unrest.

China’s pollution crisis affects areas beyond the country’s borders. A study released earlier this month showed that emissions from coal-fired power plants in China strengthened storms in the northwest Pacific, and altered the weather in the Northwestern United States. Today, storms over the northwest Pacific are 10 percent stronger than they were 30 years ago.

Some are skeptical of the new rules. Alex Wang, an assistant professor of law at UCLA cautions that China’s history of enforcing environmental regulations is not positive, so the burden is on regulators to prove that they are serious.

China’s new and tougher environmental laws take effect January 1, 2015. The country gets serious about pollution of air, water, and soil with these tough new laws.