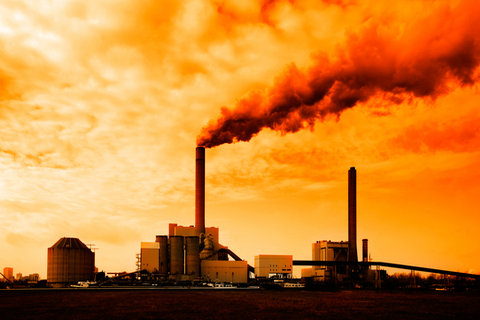 What has climate change have to do with literary novels? Cli-fi novels? Novels are generally opined as entertainment capsules, but for the author and the voracious reader the prize is the fine underlying themes of a novel. Many hold a precarious view on science fiction as an impossible fantasy world, mostly meant for the junkies. However, that case is untrue rather than non-true. Climate change has become one of the vital world problems of the century.

Climate change researchers say the primary proponents are the carbon gases (carbon monoxide and dioxide) and methane in the atmosphere. Because of the increase in these carbon elements the earth is heating up due to infra-red radiations. Global dimming was a concern in the scientific world in the 1950s, when few high level research reports showed that the earth was actually cooling towards an ice-age as prophesied by the religious. The skeptics of climate change, mostly the shallow political and religious conservative types used this model to deny it. With reverent hush they concluded that it was not a man-made problem. Even way back in the great ancient Indian iconic works of Manu, the oceans conspire and flood the land to end the current world which, is a clear case for Global Warming.

The greatness of a novelist is to foresee and put forth a contrary standpoint with regards to future global events. British Novelist J.G Ballard brilliantly emphasized the need for a deeper and constructive attention towards climate change with his 1962 revolutionary cli-fi masterpiece The Drowned World. Most of the literary reviews of that time had lauded him for a great sci-fi novel, but Ballard deserves credit for the creation of a new genre of literary writing. The Drowned World is a novelistic paradigm, introducing the concept of cli-fi and in the process warning humanity of the accelerated rate of environmental change opening the novel with the lines “Soon it shall be too hot…,” this cli-fi novel placed Ballard in the annals of futurologist.

Till the 1950s due to the horse-cart and other mammal transport modes, the seriousness about climate change even in the scientific world was meek. However with the invention of motor vehicles and global industrialization boom, the man-made carbon contents in the atmosphere rocketed in the last few decades. Even a few skeptics in the climate science world woke up when a series of research models in the eighties proved the global dimming model of the fifties was error prone and the world is actually facing global warming due to the radiation of greenhouse gases.

In his 2008 novel Solar, novelist Ian McEwan sarcastically sums up the edifice of the climate change deniers using his Nobel Laureate protagonist Michael Beard and his business partner Toby, who says that scientists exaggerate the global warming effect by picking the hottest years of the decade. It seems they then pose as if they created the theory of global warming. However, Beard assures his business partner Toby..: “It is a catastrophe. Relax!”

It is ironic to see the conservatives turn skeptical of cli-fi novels and climate change for; they have constantly criticized the whole ideology of skepticism. They even went a step further; behind their man the great mathematician and evangelist Pascal, who threw a challenge in the seventeenth century at the skeptics et ponce with his Wager theory. His wager is the lowest point in the bet and so he says at that point, what has anyone got to lose, but give in. Well, then why can’t the conservatives take their own medicine in the climate change case? After all, as Pascal says the world runs on probability and so does climate change.