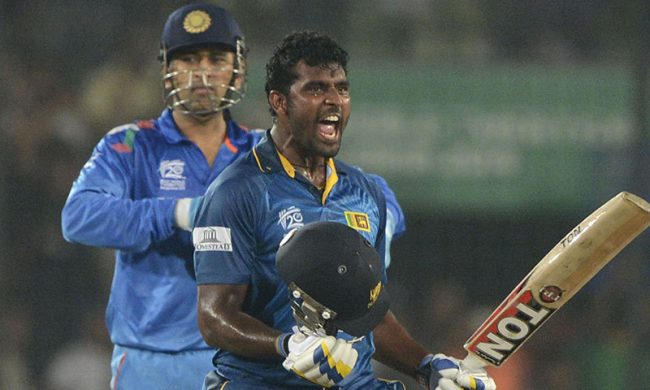 Farewell to the British Empire and long live the lovely game of the commonwealth gentleman and brotherhood, cricket. Today marked the end of the International Cricket Council’s (ICC) World Twenty20 final in Bangladesh where Sri Lanka had a six-wicket victory over India.

Cricket is the sport the West Indian calypso artist Egbert Moore, commonly known as Lord Beginner, coined as cricket, lovely cricket, and the sport certainly is quite lovely, indeed. The dichotomy of cricket is it is one of the most watched sports in the world, second only to European football, but one of the least known.  It is the game the British introduced to its colonies, and played only within the elite circles of the empire. That is of course, until the game trickled down to the “other classes” who perfected the sport, and made it more admirable.

Like the British Commonwealth of Nations, which consists of former colonies (excluding Zimbabwe) the rules of crickets a bat and ball game of two teams of 11 men on a pitch (field) in which a bowler (pitcher) bowls a ball to the batsman (man with the bat) in order to get him out through various maneuvers including knocking down what is known as a wicket, during time periods referred to as innings.  In its simplicity it is the the most delightful and awe inspiring game to watch and participate in.

The bygone days of The British Empire spanned the continent of Africa, South Asia, the West Indies (Caribbean) and beyond, and where Britain went, cricket followed. The lovey game of cricket is one of the most important sports played in The West Indies (Jamaica, Trinidad, Barbados, Guyana, Grenada and more), Pakistan, India, Sri Lanka, Bangladesh, South Africa, Zimbabwe, Australia, New Zealand and England. Each country has their own team except the West Indian States which plays in unison. Each team is represented by a governing body called the International Cricket Council (ICC).

Cricket can be a very political sport.  When India plays Pakistan the borders and citizens of both countries are on high alert. The tensions between the two historically unfriendly nations are very tense during matches and never fail to attract international news headlines. The tension helps to create a heightened sense of euphoria for the fans, which is great for the sport.

The West Indians have used crickets, as a protest against English racism both during the colonial era and during West Indian immigration into Britain.  The documentary film Fire In Babylon s apartheid regime prompted the International Cricket Conference, as it was known at the time, to suspend South Africa from participating in international cricket in 1970. The ban was lifted twenty years later in 1991.

Cricket may have been born in England but it certainly lives in South Asia, where, arguably, it generates the most revenue and ad spend over anywhere else in relation to the sport. The inauguration of the Indian Premier League (IPL) in 2008 bolsters the interest in cricket and maximizes the revenues to be made from matches. The IPL includes different franchise teams from major cities in India like The Mumbai Indians of Mumbai and the Sunrisers of Hyderabad. An overlooked benefit of the IPL is that it incorporates member players of other cricketing nations into the teams of the IPL, which helps to maintain the continuum of the bonds of cricket. The IPL, in some minor way, helps to share the wealth and interest in cricket outside of India, itself.

Like the major sports of the United States, the game of crickets and beyond, Lasith Malinga (Sri Lanka) Chris Gayle (West Indies) and Mahendra Singh Dhoni (India) of the current day, are all known for the matches they win, the money they make, the women they date, the brands they endorse, and the scandals they inspire.

The British Empire is gone but the game of cricket, lovely cricket, lives on. Cricket fans span different ethnicities, cultures and regions. They are African, West Indian, East Indian, Pakistani, English and Australian. They speak Shona, Patois, Telugu, Urdu and English, but they are all one family under the banner of cricket.

Sources:
Fire in Babylon
The Hindu

2 Responses to "Cricket, the Lovely Game"