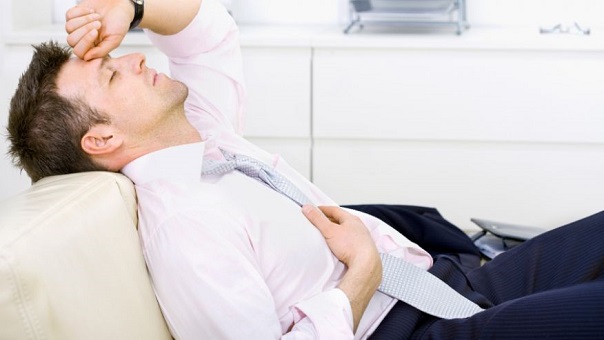 The link between depression and heart disease has been suggested before, but researchers from the Levanger Hospital in Norway reveal just how much the risk of heart disease may be increased due to depression. The findings of the study were presented at the European Society of Cardiology in Stavanger, Norway.

With 63,000 participants being monitored over a period of 11 years, it is the first large-scale study to look at the link between depression and heart disease. Over the course of the study, 1,500 participants suffered from heart failure. Researchers found that those who experienced mild symptoms of depression showed a five percent increased risk of heart failure. A modest increase, some may think; however, those who experienced moderate to severe symptoms of depression had a 40 percent increased risk of suffering from heart disease, suggesting that the link between depression and heart disease may be more severe than doctors once thought.

According to author of the study Lise Tuset Gustad, the increase in risk of heart disease may be caused by the fact that those who suffer from depression have difficulties maintaining a healthy lifestyle. Additionally, they may also experience difficulties in following advice to change their lifestyle and to take their medications properly. She explains, “Depression is disabling and it activates stress hormones, which in turn speed up the pulse and the breathing. Stress hormones also cause inflammation and plaque will be built up in the arteries. This causes the increased risk.”

Gustad says the findings of the study may encourage hospitals to screen every patient for depression to help them recover from existing illnesses and to avoid developing new ones. “Hospitals either specialize in somatic or psychiatric illnesses and there is little communication between them,” she says.

Although the link between depression and risk of heart disease was clearly shown in the findings of the study, researchers say that the study shows no cause and effect relationship between the two and that depression merely triggers changes in the body, causing patients to be at an increased risk.

Other studies have suggested that existing problems in the function of stress response of patients may underlie both depression and heart disease instead of one leading to the other. Additionally, genetic factors also play a role in both, as well as hormone dysfunctions and oxidative stress, which is thought to be involved in the development of several diseases, including heart failure.

Examples of symptoms of depression are sadness, fatigue and changes in appetite, as well as pessimism and a loss of interest in things that were once enjoyable. Gustad says that treatment for depression is effective, particularly when patients seek help at an early stage. Those who experience early symptoms are advised to speak to family and friends first; however, if patients continue to experience symptoms for longer than one month, professional help may be able to help patients better.

The study is not yet published in a peer-reviewed journal and should therefore be considered preliminary; however, given the early results, it is worth paying attention to. Researchers hope that the findings of the study will encourage patients to seek treatment for their depression as it may increase the risk of heart disease by 40 percent.