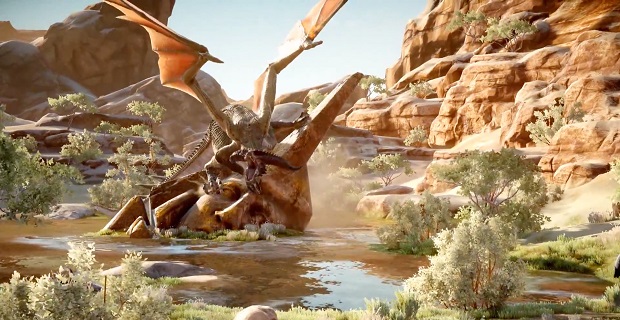 BioWare has long been a major player in the role-playing genre of video and computer games. The company, now a part of Electronic Arts, has traditionally been known for story-based games that gives each player a great amount of choices in the path he or she takes in the game. Often, said choices have a significant effect on the plot of each game. However, in recent years BioWare has perhaps fallen off slightly. At least, that is the perception of some people. Bioware’s upcoming title, Dragon Age: Inquisition, might have the potential to reinvigorate the Dragon Age franchise and the BioWare brand as a whole.

Dragon Age: Origins, the first installment of the Dragon Age series, allowed players a great deal of freedom in terms of the paths their characters might take in the game. While the story had a central core that did not change much, there were many ways in which the story could branch off in more minor ways. The combat was fairly slow-paced and perhaps a bit “clunky,” but it allowed players to fight in a fairly tactical way.

In contrast, Dragon Age 2 had a somewhat faster pace to its combat system and seemed to be more flashy. This could be good or bad, depending on player preference, but it was other aspects that most distinguished the second installment from Origins, and not necessarily in a good way.

For one thing, Dragon Age 2 was somewhat infamous for being set in a fairly small area, rather than varied environments. To be fair, downloadable content did increase the variety somewhat, but the base game could get fairly repetitive.

Another issue with Dragon Age 2 was that the plot seemed fairly set regardless of player input. There were still plenty plot points that the player could impact, some of them fairly major, but there was not really the variety of endings that Origins possessed.

However, there might be reason for optimism on the horizon. Dragon Age: Inquisition looks to have potential and could reinvigorate the franchise. Of course, a finale verdict cannot be reached until the game is actually released, but early signs look promising.

One article mentioned that the relative disappointment among BioWare’s fan base in regards to some recent games is giving BioWare incentive to make sure that Inquisition is on target. It is encouraging that BioWare seems to be listening to fan feedback. Of course, that does not mean the game will be some kind of masterpiece, but it is a start none the less.

Inquisition looks to have bigger and more varied game environments, something that Dragon Age 2 mostly lacked. The need to balance exploration of large game environments with a strong and compelling story has been one of the themes for the upcoming game. It looks like Inquisition will attempt to get the best of both worlds in this regard.

Dragon Age: Inquisition shows quite a bit of promise and could have the potential to reinvigorate the franchise. Nevertheless, BioWare is under a lot of pressure to make sure that this game turns out right. If the developers can make the most of the game’s potential, then things might be looking up for Dragon Age fans.

One Response to "Dragon Age: Inquisition to Reinvigorate the Franchise?"