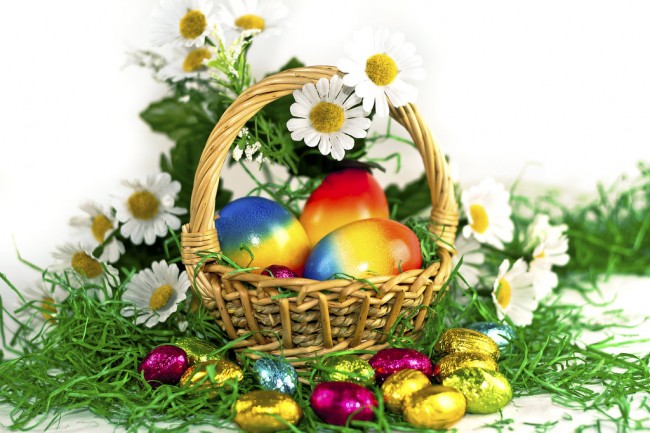 It has become increasingly focused on the chocolate egg-shaped delights rather than the traditional religious celebration, but the Easter festivities are once more around the corner and here is a run down of some of the less orthodox and more eccentric practices used to mark this holiday from around the world. Continental Europe has some of the weirdest traditions when it comes to this festival, but Australia, Latin America and even the USA and dear old Blighty have some interesting skeletons in their Easter closet…

To kick things off and not start with anything too strange, the country of France where every Monday of the holiday towns make a giant omelette that can supposedly feed over 1,000 people. This slightly odd habit is part of the tradition of feeding the poor at Easter and has also been linked with Napoleon. The story goes that the infamous French emperor ordered a giant omelette big enough to feed his whole army after enjoying one made for him in the small French town of Bessieres.

With the image of eggs in mind (the giant omelette uses over 4,000), there are plenty of countries which use eggs in other different ways. In Greece for example eggs are painted red to symbolize the idea of rebirth and the blood of Jesus Christ (bit more in keeping with the original basis of the holiday). Germany on the other hand seem to confuse Easter and Christmas, or merge the two, by decorating trees with painted eggs all over the country – one seriously committed man named Mr. Kraft has hung over 9,000 eggs on his apple tree for 50 years. In Scotland and certain parts of the United States many children use eggs in races or competitions of some kind. The Scottish tradition is to take personally decorated eggs and roll them down a steep hill, with the winning egg being the one to go the furthest without breaking. In Washington the White House has a 130 year tradition of the Easter Egg Roll which takes place on the South Lawn and involves children using long spoons to roll brightly colored eggs in a race.

Eggs are not the only hallmark of the holiday to be used in more eccentric ways. Australia for example, uses the “Easter Bilby” instead of the more well-known bunny, in order to try to raise awareness of the native Australian marsupial which is endangered. Some countries seem to have rejected the idea of the bunny entirely, and the devout Catholic population of Brazil actually make straw Judas dolls that they take out into the street and beat up…nothing like holding a grudge for thousands of years and then acting out your revenge on a yearly basis with children’s toys. In another religious type of celebration the town of Verges in Spain throws an annual “death dance” where people dress up as skeletons in order to play out the scenes of The Passion. The rather grisly dance begins at midnight and lasts for three hours or so.

Some of the slightly less religious traditions center on the idea of Spring and regeneration that Easter also symbolizes. Water, flowers and tree branches are used in a variety of ways in different European countries to celebrate the holiday. Poland celebrates the festivities with a practice called “Smingus-Dyngus” which involves the boys of the town throwing buckets of water at anyone unlucky enough to cross their path. Any girls who get soaked are foretold to be married within the year. In Slovakia and the Czech Republic men use willow branches to lightly whip women before throwing water at them. The tradition seems to be rooted in the idea of illustrating the characteristics of youth, strength and beauty (although how that is possible when a person is being hit with sticks while soaking wet is a question for another day) in preparation for the upcoming months of Spring. The willow branch is said to be the first sign of Spring due to blooming early in the season and so the whipping is meant to transfer the vitality of the branches onto the women. Well, each to their own and all that.

But the prize for the weirdest, most eccentric Easter festivities goes to the country of Finland. Here the holiday has become seriously confused with Halloween. Bonfires to ward off evil spirits or witches, broomsticks, dressing up and even going round the houses asking for sweets is all part and parcel of the Scandinavian concept of Easter. Many children cover their faces in soot and tie bright scarves around their heads before heading off on their strange trick or treating practice.

So between chocolate, eggs of all colors, shapes and sizes, rabbits, bilbys, dances, soakings, whippings, bonfires, tree decorating and covering children in soot – the world has a lot to offer in terms of eccentric Easter festivities this year. So while the religious aspect of the holiday is no longer the only part of the celebrations, at least there is something for everyone to enjoy in their own strange and bizarre fashion.