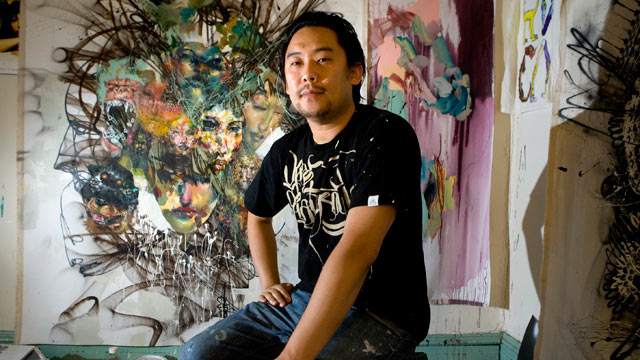 David Choe is a successful graffiti artist and entertainer. He made millions of dollars when he painted murals for Facebook headquarters in 2007, and chose to receive company stock as payment instead of cash. He stars in a show called Thumbs Up! which is a documentary web series about hitch-hiking and is currently filming its fourth season. Choe is also the co-host of DVDASA, a dark-comedy podcast that claims to help youth with relationships and sexuality, but a recent episode of the podcast has landed the Facebook artist in some trouble with his listeners.

On March 10, during an episode of DVDASA, Choe shared a sexually explicit story with listeners detailing how he forced his masseuse to perform sexual acts on him despite the fact she was saying no. He went on to describe “the thrill of the possibility of going to jail,” and then defended his actions later in the podcast by claiming that although the masseuse said no she “said yes with her eyes.”

Since the airing of the DVDASA podcast, Choe has made an official statement on the podcast’s website denying he is a rapist and assuring his audience that “if [he] is guilty of anything, it’s bad storytelling.” Choe claims that his podcast was misunderstood, and that his show DVDASA is merely an extension of his art. The incident has since become a part of the ongoing debate over whether or not artists should be held socially accountable for the art they produce. Choe concludes his statement by saying that his podcast is intended to be challenging and provocative, and that it is a “dark, tasteless, irreverent show where [the hosts] f**k with everyone listening.”

The March 10 podcast is not the first time David Choe has revealed his profoundly problematic views of women. Ion Magazine published an interview with Choe in 2010, during which he discussed public perception of him and his art. When asked about misogyny in his work, David Choe shared his mixed feelings towards women, explaining that he sometimes wants to “bow down … and kiss their feet,” and other times wants to “cut their heads off with a rusty chainsaw.” According to David Choe, however, the audience should not judge his work on his “horrible personality.”

David Choe has adamantly claimed that the story he told on DVDASA was not a representation of reality. The “just joking” defense that Choe invoked is not a novel justification, and representations of rape in art, and rape humor have come under scrutiny recently by many feminist thinkers. If Choe’s story was, as he said in his statement, “an extension of his art” then perhaps the larger question is, what was the message in that particular piece of art? David Choe told the story as himself, allowing the audience to believe it was an account of something that happened, and chuckled as he told his co-host how the woman he assaulted was “definitely, like, not into it, but she [wasn’t] stopping it either.” As Lindy West pointed out in How to Make a Rape Joke, “the key [to provocative subject matter] is to be a responsible person when you conduct your jokes.” So is the Facebook artist’s troubling humor in his recent podcast irresponsible? As comedian Patton Oswalt recently suggested during a discussion of responsibility in humor, jokes are funny when they do not make the victim into a punchline.

5 Responses to "Facebook Artist in Trouble After Recent Podcast"