Fed Continues to Taper, Cutting Purchases by $10 Billion More in May 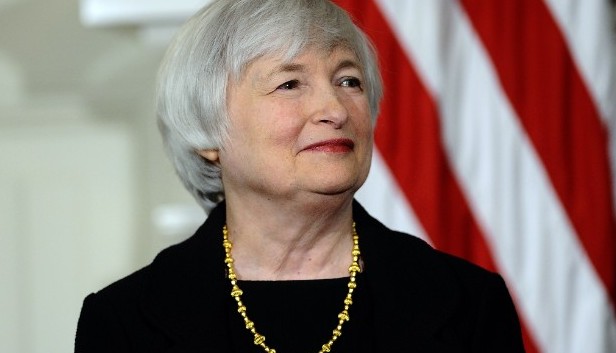 The Federal Reserve has decided to continue to trim the fat off its bond buying program, and keep the taper fade going. Janet Yellen, in the latest round of tapering has decided to forego a press-conference to explain the philosophy behind the latest round of continued tapering, and has resorted to releasing an explanatory statement instead. Despite noticeably slow first quarter growth in the domestic economy, the Federal Reserve System folks decided that more tapering is in order come May.

Many have questioned the ability of a centralized structure like the Federal Reserve System and its ability to accurately direct an economy. Further questioned is the notion that a centrally directed economy is in any way indicative of a “free-market.” One thing that cannot be question so far in the reign of the new Fed chief however, is whether or not the Federal Reserve system has done what it said that it would do in terms of the bond buying program instituted some time ago to artificially boost an ailing economy. The “Yellenistic” Fed has so far done exactly what it said it would, ever since the reign of Bernanke ended: Keep on cutting.

Yellen and her Fedtastic compatriots have disclosed, via a statemen, that the Federal Reserve System’s leadership will further trim the bond buying program. The taper will increase by another $10 billion per month to rest at a new monthly bond purchasing level of $45 billion. Since the usual press conference was passed on by Yellen and friends, the only ideas behind the recent decision have had to be gleaned from a statement the Fed released discussing the continued taper.

The Federal Reserve System’s statement made a weak attempt at addressing the issues plaguing the US economy, ultimately brushing over the obvious problems of unemployment and stagnating GDP growth. The Fed statement simply shrugged off the dismal employment figures, which are already being calculated in much more liberal ways that in days gone bye, and stated that despite poor figures the economy appeared (at least to the Fed) as though it had enough underlying strength to sustain further tapering.

Markets, for their part, reacted positively to the news. This, not to suggest that the news itself was positive overall for all domestic interest groups, but to suggest that at least for now, the decisions being made behind the steering wheel of the US economy (the Fed) appear to be somewhat predictable. The markets did their share to reward predictability by rallying after the news that the Fed will continue to do what it said t would do upon the inception of the “Yellenistic” era.

The latest expected taper, coming in May, will be the fourth round of tapering for America’s central bank, the Federal Reserve System. Although it would appear that the additional cutting may allow for rates to begin to rise, the Fed’s sizable holdings of domestic treasuries, along with the fact that it will still be purchasing a cool $45 billion per month, will still work together to keep long-term rates near zero. The Federal Reserve System’s new chief and friends have also stated that they intend to keep the Fed Funds Rate where it is, and will continue to focus on the tapering program in the future.

Though the statement also hinted that the tapering would continue as planned after this coming fourth round of cuts, it did mention that it is not necessarily a rule set in concrete. Thus, in closing, the Fed left itself a little wiggle room to change its mind if it so desired concerning future tapering decisions. For now, the Fed will continue to taper, with the fourth round of cuts expected to take place in May.