Francois Hollande Is Unfavorable in France 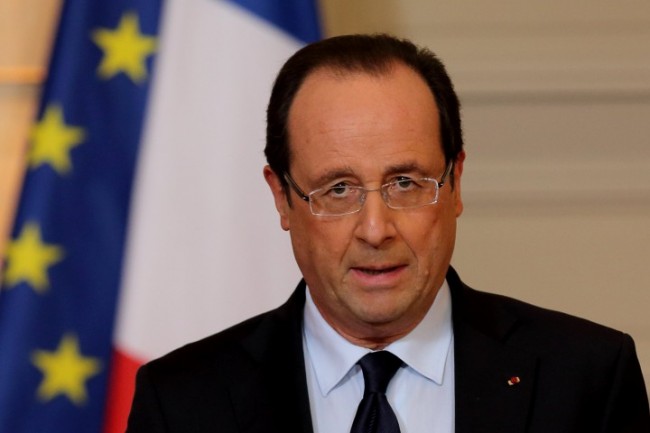 Election results in France have deemed President Francois Hollande and his Socialist party to be unfavorable with voters after major losses in Sunday’s elections. His government lost over 150 towns and cities in France’s local elections, which were referred to as “Black Sunday.”

There were significant electoral gains made by Hollande’s political rivals, the Union for a Popular Movement (UMP), and the Front National (FN). The far-right FN, led by Marine Le Pen, took a record 15 towns which she stated was “a great success.” The UMP claimed a majority of the municipalities by clinching 155 towns, an unprecedented victory for the center-right party of the former President, Nicolas Sarkozy.

The Socialists were able to retain the capital city of Paris, which elected its first female mayor, Anne Hidalgo. The President’s party also held on to Lyon but suffered defeats in Toulouse, Angers and Limoges. The outcome for Francois Hollande’s left-wing political politics pinpoints how unfavorable he is as the President of France.

Many voters commented that their decisions were affected by daily headlines regarding the fiascos of the President’s personal life. For months, rumors of Mr. Hollande’s personal relationship with actress Julie Gayet, were publicized throughout the French and international press. Voters felt that his concern for the economic situation of Europe’s second largest economy was compromised by the speculations. The circumstances of the alleged affair reportedly caused the first lady, Valerie Trierweiler, to be hospitalized.

According to a national survey held by Le Figaro Magazine, the President is the least popular leader in the history of the French Republic. His approval rating fell to 19 percent with 78 percent of voters claiming that they have no trust in him. They feel that his high-profile love life overshadows his presidency and duty towards the people of France.

France’s unemployment rate reached its highest this century at a staggering 11 percent. Many believe that the rise in cost of living and businesses struggling to survive is due to Hollande’s economic initiatives, which includes increases in tax rates, new taxation and austerity measures. His economic strategies have been unsuccessful since the presidential election in 2012, when he became the first Socialist President in over 20 years.

The Socialist party has been granted court approval to implement a plan to tax high earners with salaries above 1 million euros with a 75 percent income tax. It’s a proposal that does not sit well with the French elite. Months leading up to the mid-term elections popular opinion in France revealed that the President is indecisive, ill-advised, lacking in leadership skills, and has a weak Prime Minister, Jean-Marc Ayrault, as the leader of his cabinet.

Leaders within the party have been urging the unpopular French President to take action and make changes. A day after the election the President replaced Prime Minister Ayrault with Manuel Valls as the new Prime Minister. Valls previous position was as the Interior Minister for the party, and has been appointed by Hollande to lead a “government of combat.”

The local elections have helped to shed even more light on Francois Hollande, and the unfavorable position he holds within the political arena of France. In a televised address to the nation, the President stated that his changes will start a new phase in the country. He also commented that he understands the discontent and disappointment of the people, and their need for fewer taxes, more jobs and faster change. He promises these changes by 2017, which is the scheduled year of next general elections in the French Republic.