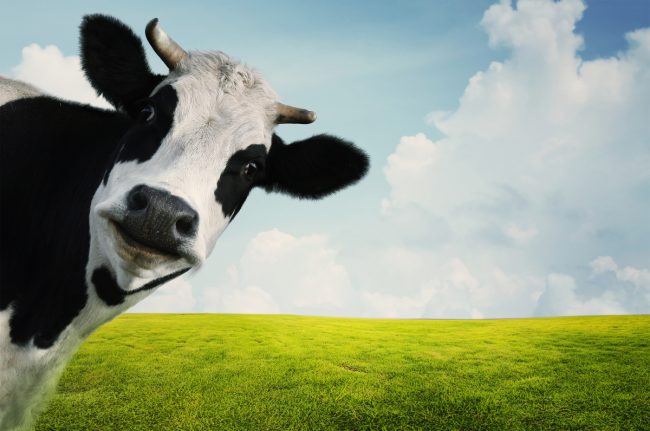 A bovine backpack has been created at Argentina’s National Institute of Agricultural Technology (NIAT) that can trap the methane gas, a gas reported to contribute to global warming, in cow farts and belches so that it can be converted to energy. The experiment, which is only in the proof-of-concept stage, captures and stores flatulence from the cows’ digestive systems.

Argentina is a good place to pilot this backpack experiment, since the country has over 50 million cows. Pablo Sorondo, press officer for NIAT, says the goal of the project is to show that it is possible to collect methane from cows and use it for energy.

Sorondo says the project is not ongoing, but perhaps in the future remote farms could get some of their power this way. He thinks the technology could be used to run a farm with the energy collected from just a couple of cows. Or possibly to have an association of farmers in an area work together to provide their community with energy. Kind of a cow energy co-op.

Methane is a powerful greenhouse gas, and cows produce up to 25 percent of it. A more real issue with controlling cow methane emissions is the reduction of a major cause of climate change.

One cow can produce up to 300 liters of methane every day. If converted to energy this is enough to run a refrigerator or a car for 24 hours. While it is not likely that capturing cow farts would actually become a legitimate source of energy, it could very realistically reduce the negative impact on global warming.

Cows’ methane emissions are thought to be a significant cause of climate change. The methane gas is produced mostly from belches, although farting contributes its fair share. The gas is a byproduct of the fibrous food the cows eat that gets digested through their multiple stomachs and extensive guts. Emissions indicate inefficiency, because the cows are wasting energy from their food rather than using it.

Besides the backpack experiment to capture cow farts and generate energy, more mainstream studies are ongoing which look at reducing the emissions to begin with. Researchers are breeding lower-emission cows and feeding them lower flatulence-producing food. Some researchers are putting wireless sensors in cow stomachs to the track effects of diet.

It is already known that some diets cause cows to produce more methane. Just switching to a more natural diet can help reduce flatulence. One company in France is experimenting with feeding an alfalfa, linseed and grass mixture to their cows instead of the typical corn and soy-based mix in an attempt to reduce methane emissions. Their cows are producing 20 percent less gas.

In the U.S. many farmers are using the antibiotic Monensin to reduce methane by about 15 percent (Monensin is banned in Europe).

John Wallace, professor at Scotland University of Aberdeen, is leading a project called Ruminomics to look at new breeding methods that might cut down on methane output. Some animals consistently produce less methane than others, no matter the breed or the food. Some cows just have the genetic basis for having less of a problem with gas.

Wallace’s project looks at the genetics of cows. He hopes that by the end of 2015 they will have developed milk and saliva tests that will let farmers pick cows that produce less methane and the resulting ruminant pollution.

Dairy production is infamous for allegedly contributing to global warming because of cow gas, and the meat industry has its issues too. The carbon footprint of one single hamburger is about the equivalent of a 10-mile drive in the car. As more people globally buy meat, consumption has tripled over the last 40 years, and with it cow methane production.

As the cow population increases, along with their flatulence, the environmental effects of our carnivorous habits become more visible. Cutting down on cow farts may interfere with the idea of using the backpack to capture methane gas for energy. However, maybe the backpack study can make some progress toward both energy generation and global warming. The world is going to need a lot of backpacks.