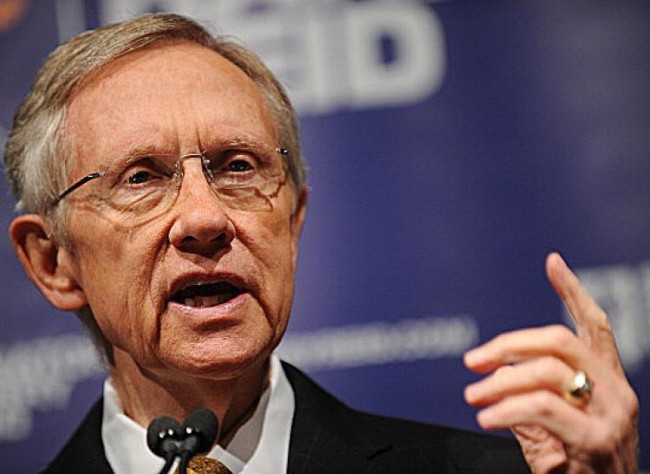 Senate Majority Leader Harry Reid opens mouth and inserts foot once again. At an event in Las Vegas, Reid calls Bundy Ranch supporters out as domestic terrorists. With no foundation in his statement, Reid continues to escalate the situation with these outrageous accusations.

This was not a mistaken statement; he repeated it numerous times with emphasis on terrorist. Maybe Reid needs a dictionary or he could just look at the news once in a while to understand the true meaning of terrorism. There is terrorism going on throughout the world, wreaking havoc on the people who live under the fear every day. Reid is completely minimizing the true fear those people are going through. Reid has assumed the average citizen has no real concept of what he says means. He diminishes the true meaning of what terrorism means. Oddly, during the Benghazi attacks, Harry Reid would not mention the word terrorism.

This may be a play another one of his cards; if he is not screaming racism, its terrorists, or war on women. There are no more cards to play Reid, time to come at the American people with something real or find something more suiting for employment.

Rory Reid says it is time to stop the rhetoric and de-escalate the situation. Apparently his father was not paying attention. Not only has Harry Reid called the Bundy ranch supporters domestic terrorists but then he throws out unsubstantiated accusations at Cliven Bundy for not paying his taxes. When Reid made that statement he was clear that he was talking about taxes and not the grazing fines and fees Bundy owes.

Harry Reid threw out the same charge at Mitt Romney. It turned out that Romney was paying more than he needed to in taxes. Reid has a history of saying whatever he wants and then does not feel obligated to back up his claims, even after they have been proven wrong.

Dennis Michael Lynch, a documentary filmmaker, wants an explanation from Reid. He documented the situation in the Bundy ranch, being at the front line, had AK47’s pointed his way. Lynch calls out Harry Reid on the “Kelly File” asking for Reid to explain himself and answer one question. Why were the government officials pointing guns at the American people, women and children? Was it over cattle or turtles or was it some other reason? In saying this Lynch reminded Reid that he works for the American people and needs to be held accountable. Megyn Kelly followed up with the idea that Reid has financial and political backers in the state that have a stake in the game, but says no substantial evidence is out there.

There are more questions every day about why Harry Reid continues to be obsessed with this situation which brings into question what he has to gain from it. The leader of the Senate majority would be better off to spend his time on matters such as the American economy and employment. The idea that a ranch in Nevada is so important to him has some implication to what is really going on.

Coincidentally, the standoff with the Bundy ranch happened only days after an advisor of Reid’s took over the BLM. Is it possible it has something to do with the numerous solar and wind projects Reid is involved with in Nevada?

Some of the biggest supporters of Reid are donors who run green energy companies. What is the stake for them? They are in need of land, farmers land to be specific. And what ever happened to that deal Reid was in with the Chinese?

Could his interest in the Bundy situation really be about land? Or is it because Harry Reid thinks anyone who stands up, like the Bundy ranch supporters, have to be some sort of domestic terrorist? Does that even make sense? Maybe it is about turtles and cows. Truth is, Reid apparently has a love for the land, when it makes money for him. 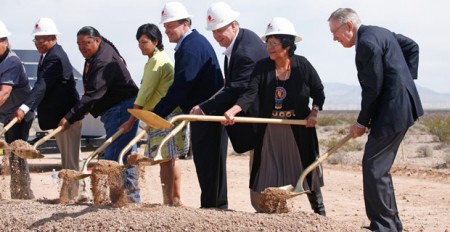 The point is that Reid has his own agenda, with no concern for those who are not in agreement with him. He uses his position to further that agenda, stepping on the little guy along the way. This is not what Senators are elected for; it is to do the bidding of the American people who voted for them, that should be their agenda. Reid apparently has no desire to run for re-election or he would begin monitor what comes out of his mouth. Even the most dedicated democrats have to be in amazement at Reid’s brazen way, assuming his value is more than those who put him there.

Harry Reid needs to answer to the American people what he means when he says the Bundy ranch supporters are domestic terrorists. Is that like when he called the Republicans terrorists, or when he called out the Tea Party as terrorists, but then refused to call those in Benghazi terrorists? Senator Harry Reid, terrorists are those who are responsible for the many deaths of 9/11, those who planted bombs at the Boston Marathon last year. Those who blow up churches and schools, those who kidnap, kill and demand you to conform by causing you to fear for your life. Those are the real terrorists, not some rancher who, whether is right or wrong, takes a stand.