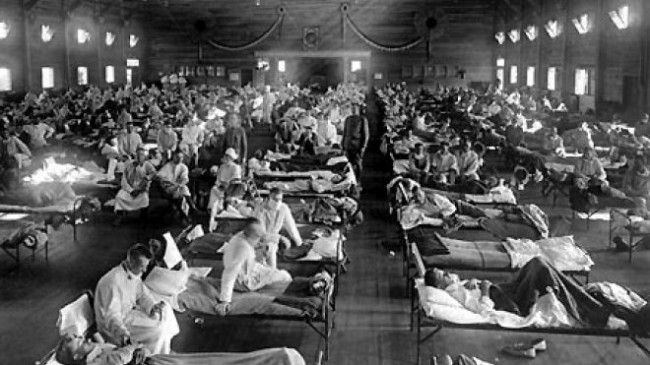 It was announced recently that scientists may have finally solved one of history’s biggest biomedical mysteries, the influenza mystery of 1918. A study in the Proceedings of the National Academy of Science suggests that the answer to the influenza epidemic lies in flu infections of the past.

The 1918 influenza pandemic caused approximately 50 million deaths worldwide, mostly affecting healthy young adults. After all this time, the explanation that was given was a pretty simple one. Scientists say that people who were born after 1889 were basically not exposed, as children, to the influenza virus that struck in 1918 thus making them vulnerable in a unique way. However, older people who had been exposed to flu strains that were closer to the one of 1918 were already somewhat immune to it.

To explain it in a much simpler way, the Spanish flu virus basically got its infamy from the fact that there was a switch in the dominant influenza varieties that had gone by in past generations. According to virologist Vincent Racaniello of Columbia University in New York, it was all a matter of timing; a window of opportunity opened and closed for the disease, which left millions vulnerable to contract the virus. Unfortunately, that is exactly what happened and millions perished around the world.

After 1900, a more closely related H1 variety of influenza spread offering partial immunity to children who were born after that time, which helped close the window of vulnerability. By solving the influenza mystery of 1918, scientists have been able to show that the virus essentially left elderly people, who are typically most prone to catch the flu, and instead, it killed one in every 200 people between the ages of 18 and 29.

The study findings may be able to help public health officials better prepare and deal with future pandemics, especially due to current concerns regarding deadly avian flu strands that may jump from animals to humans. This research may also have a bearing on how people are vaccinated against future influenza outbreaks, paying close attention to strains of the flu virus that people did not have exposure to or gain immunity to during their childhood years.

Overall, scientist’s ability to solve the influenza mystery of 1918 has given hope for the future of influenza vaccines. With this new information, doctors may be able to begin designing better flu vaccination strategies that would compensate for multiple strains of the virus that various age groups never experienced during childhood, which would protect them against the strains they missed being exposed to as a child. It is hopeful that sometime in the future, scientists will be able to create a universal flu vaccine that will target various parts of the influenza virus that typically do not ever change from one strain to another. Biologist, Michael Worobey with the University of Arizona in Tucson who led the 1918 influenza report said that such a vaccine would be aimed at all the different strains of influenza and not just those that are seasonally dominate.