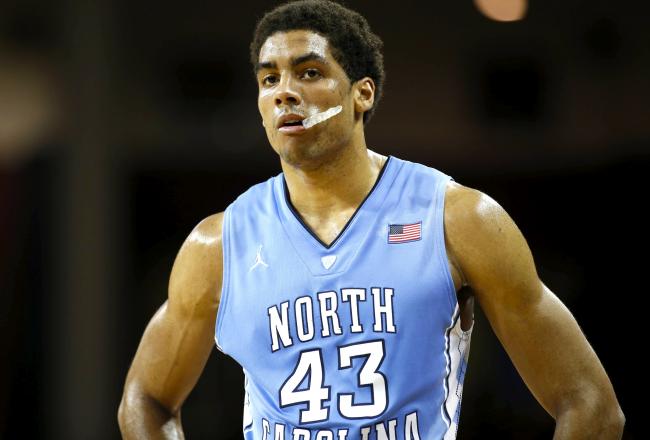 The college career of this talented junior from the University of North Carolina has undoubtedly been the end. This young man is transitioning from the little leagues to the big leagues. It has become official as of Thursday, April 3, 2014 James Michael McAdoo is going pro. McAdoo is following the lead of many others that have decided to take that big step. The only difference between him and some of the others taking that leap is experience. McAdoo took the extra time in school to hone his skills and learn the game. Coming out as a junior makes him more valuable, now he has an extensive basketball track record.

This 6 foot – 9 inch tall forward from UNC is hoping he has just enough versatility to shine among the stars. McAdoo is entering the draft with two of the most sought after players in college basketball this year. Jabari Parker and Andrew Wiggins have been the golden boys since before they were eligible for the NBA draft. McAdoo will have some stiff competition vying for a lucrative deal.

McAdoo believes after two years he is prepared. At this point, there is no reason why James Michael McAdoo should not be going pro. This Norfolk native has been a driving force behind the Tar Heels 12- game-winning streak this season. He averaged 14.2 points per game, and 6.8 rebounds on that outstanding winning run. Although, they were knocked out of the tournament by Iowa State the experience grew him as a player.

The recent departure of McAdoo is an exciting occasion for his family and him. However, it is bitter sweet for his teammates, fans, and coach. In fact, Coach Roy Williams made a statement saying how happy he was, but that he was also sadden by the fact he would no longer coach McAdoo. Nevertheless, the University of North Carolina has given their full support to the young talent.

How will the former Tar Heel stack up in the NBA? Well little can be known at this current moment, but much can be drawn from his past performance. In his prior seasons, he is known best for dominance in the paint and attacking off the dribble. Plus, this young man could pull up and get his own shot. The only down side to his game is the fact that he is only 55 percent from the foul line, and as a forward in the NBA that will not cut it. If McAdoo desires to start at some point in his professional career there are some adjustments to made.

James Michael McAdoo is a two-time all-ACC player that has his work cut out for him going pro. According to, Coach Williams McAdoo is a dependable player who ranked at the top of his conference. The only problem with this statement is the fact that it was against college athletes. There is a great difference between young men and grown men.

The NBA is what most would categorize as a grown mans game. It is in no way comparable to college ball. This game requires a degree of skill, and a great deal of mental toughness.

With that being stated the million-dollar question is come game time when those bright lights hit will McAdoo be ready? The statement he gave to the press can be seen as a resounding yes. McAdoo explained how he feels ready to play at the next level, and looks forward to the challenge.