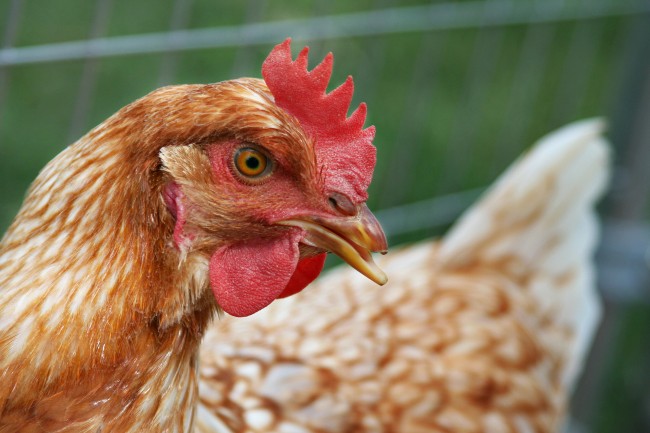 The country of Japan has ordered 112,000 chickens to be slaughtered to contain the outbreak spread of bird flu after a poultry farm in the south confirmed that two of them had tested positive for the virus. It is the first case of bird flu Japan has seen in three years.

Bird flu, also known as avian influenza, affects mostly birds but has been known to infect humans as well. The illness can be spread to humans through livestock which is being raised for human consumption. Wild birds pass it along to domesticated birds such as geese, chickens, and ducks. Although the virus is highly contagious among all types of birds, it is still considered somewhat rare when a human is infected with it. This is due to the fact that the bird flu is unable to be passed from one human to another. Despite this fact, there have been hundreds of cases in the past where humans were infected with the bird flu.

Some of the human symptoms of bird flu include symptoms that are similar to other kinds of flus: a high temperature, headache, cough and runny nose. Other symptoms include diarrhea, vomiting, chest pain and bleeding from the nose and gums. Since humans do not have the antibodies necessary to fight the bird flu, anyone with the infection runs the risk of developing fatal complications including multiple organ failure.

The owner of the infected farm, which is located in the Kumamoto prefecture, first reported on Saturday that there were sudden, numerous, unexplained deaths of his poultry. After 1,100 of his chickens had died, genetic testing was performed and two out of six chickens were confirmed to have contracted the H5 virus.

Prime Minister Shinzo Abe spoke to ministers in Tokyo, Japan of the urgency needed to take steps in controlling the disease thoroughly.

Minister of Agriculture, Forestry and Fisheries Yoshimasa Hayashi, told reporters in a statement that they are taking firm steps and working with other ministries and the Prefecture of Kumamoto to resolve the matter. “The first response is the most important,” Hayashi said.

Another 56,000 chickens were ordered to be slaughtered at a separate farm nearby which is operated by the same owner, as Japanese officials were viewing it as another possible infected location and wanted to ensure the bird flu outbreak was contained. Chicken farms within a short distance of the infected ones were told not to move their chickens and eggs.

In taking further steps to prevent the spread of the virus, authorities have been sanitizing the surrounding areas around the two infected farms, and testing birds from nearby farms as well. There are also stations on major roads around the area that officials have set up in order to disinfect vehicles in an attempt to prevent the spread of the bird flu.

The last time a bird flu outbreak occurred in Japan that led to the slaughter of chickens was in 2011. The virus spread rapidly from prefectures that included Miyazaki, Kagoshima and Oita. Nearly 600,000 birds were culled in attempts to stop the virus from further spreading.