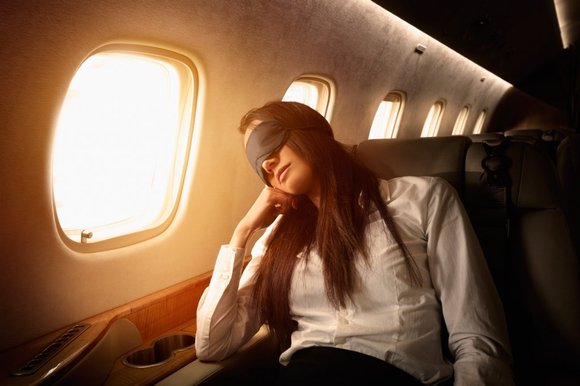 The problem of jet lag from long-distance travel and varied work schedules may be solved with a combination of methods to entrain one’s own circadian rhythms. Imagine being able to transition seamlessly from one time zone to another or switch between day and night shift with little to no side effects. Thanks to the work of a few mathematicians and the study of breath with movement, the methods of auto-adaptation are easier to understand and implement than ever before.

Considered an essential adaptation, the circadian cycle in humans is regulated by the hypothalamus, which takes its cues primarily from daylight. However, both artificial lights and physiological behaviors have been shown to effectively disrupt and re-assign (adapt) a person’s sleep/wake cycle. Both of these aspects are important when considering how to reduce the symptoms of jet lag, or possibly even eliminate its onset entirely.

Entrain, a new app recently released for iPhone, has solved the complicated task of adapting the hypothalamus regulation of an individual’s circadian rhythms to prevent jet lag after a switch to a new schedule. With a series of algorithms the app recommends the lighting schedule a user should adhere to, with artificial light, to adapt most rapidly to their target schedule.

A person following the recommendations of the Entrain app would begin adhering to the hourly lighting recommendations in advance to a trip or schedule change. The levels of recommended light exposure range from bright daylight to complete dark and include low outdoor light and office lighting. The artificial changes would begin to regulate the hypothalamus differently, causing the user to feel sleepy and wakeful at slightly different times until they finally sync up with their target circadian rhythm.

Although light is the primary signal for regulating one’s circadian rhythm, it is not the only factor. Movement and a person’s physical state are also important factors. For example, intense exercise in the evening has been known to cause insomnia, and breathing techniques for relaxation are able to induce sleep at normally wakeful times of the day. The video below shows an example of how simple yoga and breathing exercises can help induce a restful state when a person is adapting their sleep schedule.

Yoga is equally useful to combat jet lag by stimulating blood flow and inducing wakefulness to establish a new waking time. Exercises to get thoroughly woken-up need not be intense or difficult, and can even be done before getting out of bed. Professional yoga instructor Sadie Nardini recommends a series of gentle poses which include lifting the legs into the air while lying on the back, a seated spinal twist, and stepping off the bed into forward bend. Light stretches and breathing can stimulate other important physical responses like digestion when stepping into a new daytime schedule.

By combining the above breathing and yoga techniques with light therapy an individual can ease their transition into a new schedule with both biological cues and physiological behaviors. The problems associated with jet lag are solved thanks to the new Entrain app to plan the necessary light adjustment combined with yoga to ease the physical symptoms of a change in circadian rhythms.