John Kerry on the Cold War 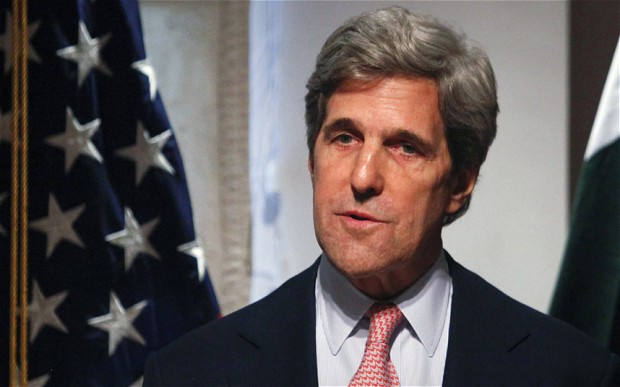 Secretary of State John Kerry has had plenty to say for the last few months. Of course, most of this has had to do with the problems in Ukraine. Recently, Kerry compared the current world state with the Cold War and came to fairly surprising conclusions.

A few days ago, Kerry mentioned that the problems during the Cold War were less complex than those issues facing the world today. He even went so far as to use say that it was “easier” then than now. That aspect of his statement was probably just poorly phrased, but it is perhaps worth looking at things a little more closely.

The main point of Kerry’s statements regarding the Cold War seemed to be that there were less choices then. It was Western democracies versus the Soviet Union and other communist countries, and every thing was relatively clear. While there might be some truth to this statement, it is probably a bit of an exaggeration. Issues in global politics are rarely black and white.

To be sure, the dangers that communism in general and the Soviet Union in particular posed cannot be overstated. The Soviet Union’s system of control and repression would have been a nightmare in which to live. For this reason, the choice between East or West would have seemed to be fairly clear. However, an either-or type of worldview often runs into trouble. People have a huge range of beliefs, philosophies, and priorities, and when millions of people are involved, things are rarely simple. This was true during the Cold War and it still holds true in the Twenty-First Century.

It is true that a number of countries tended toward one extreme or another. Communism, for example, expanded greatly after World War Two. Communist China became a force to be reckoned with under Mao Zedong. Communism was also strong in North Vietnam and North Korea.

The United States, along with other Western democracies, also spread its influence during this period. The Truman Doctrine was essentially a policy in which the United States would offer assistance to countries that were under threat from communism. This policy first came about to help Greece and Turkey.

This policy has some parallels with current United States policies. For example, an article from a couple of weeks ago mentioned that the United States would ship medical supplies and other equipment to the Ukrainian military. So far the aid has been of a fairly mundane variety and without weapons. Still, it is an example of a country becoming indirectly active in order to support its apparent interests abroad.

The biggest difference between the Cold War era and today is that the threat of nuclear war was such a deadly serious issue. The stakes during that time period were incredibly high, arguably much higher than they are at the present time. Hopefully, the current problems will not build into something worse.

Kerry’s statements about the Cold War were not totally wrong, just exaggerated. Sometimes, there seems to be a tendency to look back to the past and feel that things were better. Tension between Russia and the United States is high, but hopefully this tension will not get to the same level it was at during the Cold War.