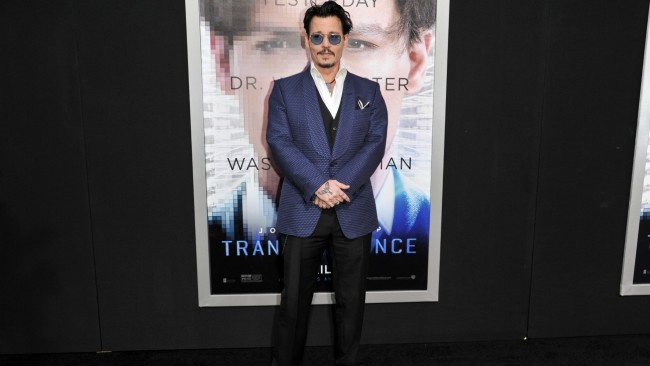 According to several reports, Johnny Depp has been summoned to give his testimony in a bizarre hit-and-run murder case in Los Angeles. Depp was served with the court summons while he was attending the premiere of his latest movie, Transcendence, on Thursday.

Nancy Lekon is on trial for hit-and-run murder after she allegedly ran over and killed a pedestrian who was a female limousine driver in 2009. This incident reportedly took place in downtown LA’s Skid Row area. According to the police, Lekon had reportedly been arguing about drugs with the woman she ran over, After Lekon allegedly ran the limousine driver over, her car dragged the woman’s body for over a mile.

Her L.A. lawyer is attempting to get his client off by using the insanity defense. After her arrest, she explained to the police that she had been in a rush as she was on her way to make a secret rendezvous with Johnny Depp, her boyfriend.

According to TMZ and several other sources, like TheNation.com, TheAtlantaJournal.com, and Entertainment.msn.co.nz, Nancy Lekon’s lawyer wants Johnny Depp to give testimony that he does not know his client.

Johnny Depp, 50, who recently became engaged to 27-year-old Amber Heard — who was not in attendance at the Thursday premiere of Transcendance — hasn’t made any comment yet about this bizarre case. However, it’s possible, according to Starpulse, that Johnny Depp might not to have to appear in person. If he either testifies in writing or over the phone, that might be considered to be sufficient enough.

Reportedly in 2009, Johnny Depp was still dating a former flame of his, French actress Vanessa Paradis. He has two children with her, a daughter Lily-Rose, 14, and son Jack, 11. The pair split up in 2012.

Will Johnny Depp have to testify in person, or…?

According to the site Starpulse, Depp might be allowed to testify in writing or even over the phone for the case. However, TMZ has suggested the possibility that Johnny Depp might appear in person to give his testimony. It could very well be that the choice of how the Pirates of the Caribbean star will testify will be left entirely up to him.

Whether Johnny Depp testifies in person or through written or phone testimony, the odds are he will say that he does not know Nancy Lekon and has never seen her before in his life. It is notoriously difficult to prove an insanity defense, however.

The jury might think that Lekon’s claim that she was a girlfriend of Johnny Depp and was on her way to meet him was merely a lie, rather than a sign that she was insane at the time she allegedly ran over and killed the female limo driver. If the jury thinks that Lekon was lying, Depp’s testimony won’t be a help at all to the lawyer of Nancy Lekon.