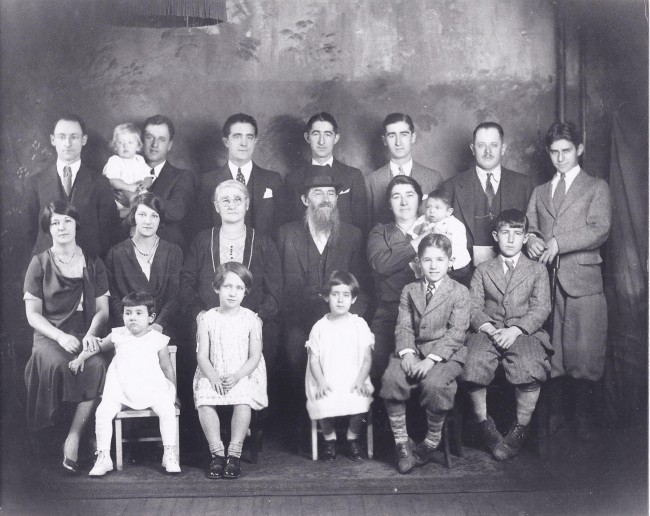 Passover is a springtime Jewish holiday commemorating the Jews’ exodus to freedom from 400 years of slavery in Egypt under the oppressive despot, Pharaoh, in the time of Moses. Each year at Passover, Jewish families gather together from near and far and share a meal called a Seder (which means “order”). At the Seder, they recite the stories of their ancestors’ redemption from years of collective bondage. Judaism started 5,774 years ago. Before the time of the Nazi Holocaust, the Jewish community had a very different feel. For those who lived through the era, the changes are both unspoken and palpable.

Jews have been persecuted throughout the centuries for being different. This has resulted in several general enduring and shared characteristics: a belief in education, the importance of family, a connection to the greater Jewish community, resilience, tenacity, an ability to negotiate for what is needed, a strong sense of justice and equity, and a belief in ethical values. Although a significant increase in intermarriage has changed the equation, there are commonalities and many Jews can recognize and find kinship with one another, even though they may have no shared physical traits that can be outwardly identified by those outside of the group.

Before the Holocaust, the largest Jewish populations were in Eastern Europe. Many lived separate lives as minorities in predominantly Jewish villages and towns, called shtetls. In most countries, they spoke and read books in their own language, Yiddish, which is a combination of German and Hebrew, although young people in the 1930s were starting to adopt modern ways. In Western Europe, Jews were fewer in number and tended to assimilate more to the culture of the country where they lived. However, even though traditional religious practices and Yiddish culture played less of a role in their lives, they nevertheless knew they were Jews and for the most part practiced the basic aspects of the religion.

Tomi Verebes, a psychologist in New York and a Jewish Holocaust survivor from Miskolc, Hungary, described Jewish life in Eastern Europe before the War: The Jewish children in the same grade and their families knew one another, so even when they went to different schools for secondary school, they maintained contact. They went to the same synagogue and got together socially. Between the ages of 10 and 15, Jewish boys and girls attended parties together. These were held in the girls’ homes with parental supervision.

Passover is the first of the three major Jewish springtime festival holidays that are significant historically and agriculturally. (The other two are Shavuos and Sukkos.) Passover lasts seven or eight days depending on one’s religiosity. The name of the holiday comes from the Hebrew Pesach. It refers to the Biblical instance of when the angel of death passed over the houses of Jews in Egypt during the tenth plague of the slaying of the firstborn. In Biblical times, after the tenth plague, Pharaoh finally conceded to let the Jewish people go free, and then immediately changed his mind. The Jewish families then fled in a hurry, not taking the time for their baking bread to rise, which is the origin of the tradition for having matzo on Passover. (Matzo is also referred to as the bread of affliction.)

Because of this tradition, prior to Passover each year, Jewish families scour the house for any food that contains leavening, called chametz, and remove it. Chametz includes anything made from the five major grains (wheat, rye, barley, oats, and spelt) – anything that sprouts within 18 minutes of coming in contact with water. Even families throughout the years who are assimilated within the society in which they live, for the most part when they get together for Passover, follow the traditions of avoiding chametz, at least for the Seder.

One of the enduring features of the religion, despite centuries of persecution, is that even when there is assimilation, there is connection to the greater Jewish community and the continuation of tradition.
In 1933, the Nazis came to power in Germany. At the time, Jews were living in every country in Europe. Those Jews living in countries that became occupied by Germany during World War II numbered around nine million and the Jewish community was vibrant. At the end of the Holocaust, in 1945, two-thirds of them had been killed. In the time prior to 1933, there was fear and uncertainty in the air. The Nazis instituted policies that increasingly restricted the lives of the Jews. After the War, Jewish life was changed forever. Passover and the High Holy Days were still observed, but with a different tone.

Alan A. Brown, PhD, a Jewish Holocaust survivor from Miskolc, Hungary spoke about the difference in Jewish life before and after the War.

“Before the destruction, there were more than 13,000 Jews in Miskolc out of a total population of around 75,000 at the time. At least one out of six persons was Jewish, most of them quite assimilated, in spite of widespread anti-Semitism.

“Many of those who returned after the liberation, left, like me, but some Jews from other destroyed communities settled in Miskolc. Unlike thousands of smaller places in Eastern Europe, Miskolc still has some Jews; although I cannot imagine how you can live in a place where 50 years ago the Nazis (and their Hungarian collaborators) brutally herded you into ghettoes and then into cattle cars bound for systematic extermination.

“There was no liberation for my parents, grandparents, and most of my family. Only their ashes remain and their memories, of course, just like the memories of the other six million.”

Barbara Brown, a retired schoolteacher and former resident of Harrisburg, Pennsylvania, relayed her experiences before and after World War II.

Before the War, families lived closer to one another and would get together for all the holidays. Now people have to travel more. Seventy years ago, “most Jews were Orthodox. Days before Passover my grandmother’s three daughters would come to her house and spend the whole day cooking and preparing, setting the table. Because they were Orthodox, all the dishes had to be changed because the regular dishes were used for chametz. I remember counting once that there were 26 family members. I can just picture all of us sitting at the table.

“There were lots of children and they had to be shushed. We went through the whole Haggadah (the text of the Passover Seder, which is different from today). In those days, only the boys looked for the Afikomen (the matzo that is hidden for children to find, as a sort of game). The Four Questions (within the Haggadah), which are to be chanted by the youngest child, would have been said by a boy, even if a girl was younger. We all lived in the same city, so it was fairly easy for us to get together. Nobody had to travel a long distance.”

Within the Passover Haggadah there is a statement that reminds Jews of the repeated persecution of the Jewish people: “In every generation there have been those who have risen against us to destroy us.” The exile from Egypt was a precursor for a sense of transiency or impermanence that has become familiar to the Jewish people. The conditions that the Israelites faced in Egypt were repeated in pre-Nazi Germany and throughout history. Changes in Jewish life have been significant since the time before the War, but the endurance of Judaism will last forever.