Justin Bieber Offends Koreans and Sizzurp Taken Off the Shelves 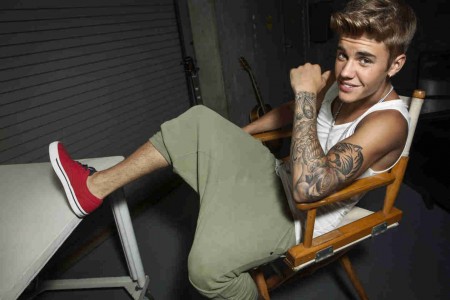 Amid rumors that Justin Bieber’s girlfriend Selena Gomez may wind up singing for Law enforcement officials, the Canadian singer has managed to offend Koreans and his favorite lean of choice, sizzurp, has been taken off the shelves. This will put a major cramp in his lifestyle and there’s no reason to think that Gomez returning will get him to lay off the lean.

Of course Bieber is not the only singer or rapper who will be upset at the “high end” cough syrup being yanked by Actavis because of the amount of entertainers who have been abusing the drug. The company’s rep has announced that due to the “glamorized” nature of the syrup’s misuse, they are stopping production.

TMZ reports that rapper Soulja posted a picture of six bottles Monday with the information that he had plenty and that the streets are not “dry” yet. Although according to the celebrity website, supply and demand for the sizzurp has caused the stuff to escalate in price. Some bottles have gone for as much as $800.

Stepping away from the drug issue for a moment or two, Bieber has managed to upset both Koreas, North and South after he and his entourage visited a shrine in Japan. At a time when the Japanese government is, once again, in dispute with its neighbors, China and, both, Koreas, the 21 year-old pop star managed to pop his foot so far in his mouth that he could have gagged on his own toes.

The shrine in question, was the Yasukuni Shrine. It honors Japan’s war dead and this honor is for all the country’s war fallen, even war criminals who committed heinous crimes against Chinese and Korean people during WWII. It was this “monument” that Justin Bieber took pictures of and posted them on Instagram. This caused almost as much uproar as the news that sizzurp had been pulled off shelves in the U.S.

The 20 year-old performer did immediately post apologies to China and in his haste to disengage his foot from his mouth, he did not say sorry to either North or South Korea. Bieber’s specific apology to China could result in some pretty harsh feelings from Japanese businessmen who think that the Chinese are complaining a bit too much.

Of course some of that annoyance, may be avoided by Bieber’s stopping by to play with some Japanese orphans, as reported by Ryan Seacrest. Using the same Instagram application that got him into trouble earlier, he posted a video of himself playing with the youngsters in a Japanese orphanage. The caption read that he loved “these kids.”

His PR exercise will not take attention away from China, Japan and the two Korea’s arguing about islands in the East China Sea, and apparently there is no end in the hostilities between the countries in sight.

To be fair to Justin Bieber, there was probably a fairly good chance that he would insult someone on his visit. While he may have really offended the two Koreas, his rep will most likely point out that the singer has to apologize to more than just the Chinese. Of course Justin might have forgotten in his haste to make things right and with his concern over the banning of the sizzurp making syrup. Lean times ahead Bieber, lean times.