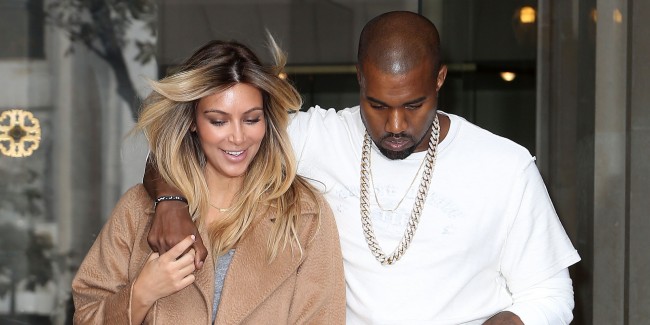 Kim Kardashian became just one of the sources of an April Fool’s prank. Hollywood Gossip thought it would be fun to include a story about the reality TV star splitting up with her soon-to-be husband, Kanye West.

The April Fool’s story, which was posted around 10:30 am on April 1, had a deep enough back story to make it look believable. The problem for many publications is that people now look out for the joke storylines on this one day of the year. In fact, there are many now who choose not to believe anything they hear for the whole day. While April Fool’s is meant to stop by noon on the day, the internet means that people are still waking up when other parts of the world are done with their jokes. It ends up very difficult to tell whether a person really can believe a story or not.

The whole prank story involved Kardashian using her Facebook page as a way to tell her fans that she and West were over. This should have been the first sign that it was a prank. The reality TV star usually uses her Twitter feed to make announcements.

On Facebook, she reportedly stated that her fiance regularly punches the paparazzi, and that is difficult for her when she loves the cameramen so much. She decided that they were too different and it was time to call it quits. The April Fool’s story that Kardashian became the source of continued to explain why she was doing it now.

With just over a month to the wedding, the 33-year-old decided now was the right time. She did not want a third divorce, especially when her second one lasted just 72 days and the wedding had taken place on national television. Her post stated that she feared she was simply not the “marrying type.”

There was also the issue of West constantly touring. That would leave Kardashian as a single mom, so she may as well leave and raise daughter North alone. Of course, there would be the help of her sisters and her “highly paid assistants” to make sure her daughter received all the care and attention she needed.

The publication ended stating that her family and West were still to comment on the decision. After that, Hollywood Gossip made it very clear it was an April Fool’s joke. It is a shame that the writer pointed that out right away. There could have been a follow-up story instead. The problem is that there are so many hoax websites being set up now, many would have wondered whether this publication had fallen for one of the hoaxes or decided to start one itself.

The good news for those looking forward to the celebrity wedding is that it is still on. The couple will marry on May 24, somewhere in Paris. E! Entertainment has access to the whole day and will create a two-part mini-series out of the event. Hopefully for them, Kardashian will not be the source of any more pranks or hoaxes, April Fool’s or not.