Lamar Odom Could Be a Knick 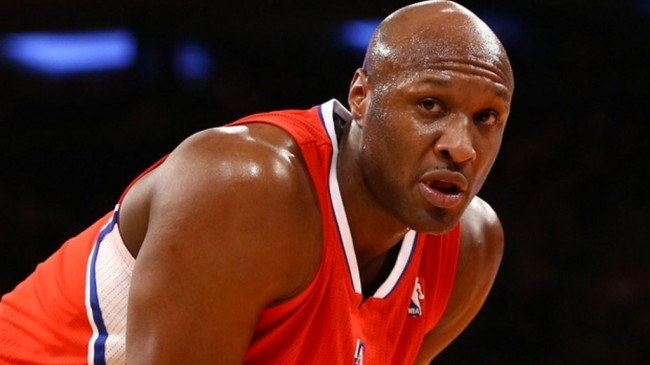 With all the constant chaos transpiring in Lamar Odom’s life recently, fans are surprised that he could become a Knick. In recent news, there has been talks of acquiring the veteran forward. Odom is fresh off a back injury in the Spanish league. Therefore, there are questions concerning how effective he will be for their upcoming season.

That is, if the Knicks do decide to pick him up. There is a strong feeling this will happen with the Zen Master Mr. Phil Jackson calling the shots. Jackson is Odom’s former coach and has always been fond of him. It is the firm belief of the Senior Sports writer for ESPN Marc Stein that if Odom is acquired now, it will be to prep him for next year.

If Lamar Odom does indeed is a member of the Knicks, they will oversee and regulate his rehabilitation. There is a need to monitor his recovery both physically and mentally, because Odom has a terrible track record. He played for the Mavs and was eventually benched for the remainder of the season. The following season, he packed up and moved to the Clippers and put up an effort with some off-court complications. All of the stints in and out of rehab, coupled with his alleged DUI resulted in the Clippers not renewing his contract.

Picking up Odom is seen as a high-risk option, but in fact, it is a low risk option to the organization. He may come with a lot of baggage, but that explains the option to release him next season if he is not up to par. By picking him up now, they can get around some of the regulations the league has on off season contracts. When a team already has a player on their roster, it is not difficult to get rid of them if they do not perform. The non-guaranteed deals can be quickly phased out involving little stress or strain on the organization.

Essentially if the Knicks do sign Lamar Odom, it is kind of a rental agreement. For example, when consumers rent a vehicle the intention is to test it out, use it up and return it with no real commitment. That is precisely what the Knicks will do with Odom is he is obtained. The team will try him out and decided if they would like to lease or buy. Chances are if he performs next season he will still be on a short-term contract.

Odom is 34 years old and has not been aging gracefully in the world of sports. Some players can still contribute at this age, but he has some adverse circumstances. As a recovering addict with a present injury, he has a lot to manage. However, the Knicks are more than likely banking on Jackson to aid in Odom complete recovery. The tight bond between the two could be just the extra comfort to make Odom feel at home. The last team Odom felt at home with was Phil Jacksons Lakers, and that is where he found his success.

Possible Out Come If Odom is Acquired:

– Come off the bench and average about 5.3 PPG
– Average minutes will be reduced to approximately 20.1
– 1 year contract with the option to renew
– Stimulate offense off the bench
– Contribute to implementing the triangle offense
– Provide championship advice to younger players
– Be injured an out for the whole season

If Lamar Odom becomes a Knick, this will definitely make the team a tad more competitive. Nonetheless, this acquisition is more about Odom than the Knicks. If he receives a third chance will he make it count? One could only hope he would give a valued effort. After all, Lamar Odom at his best could be a definite asset to the Knicks.