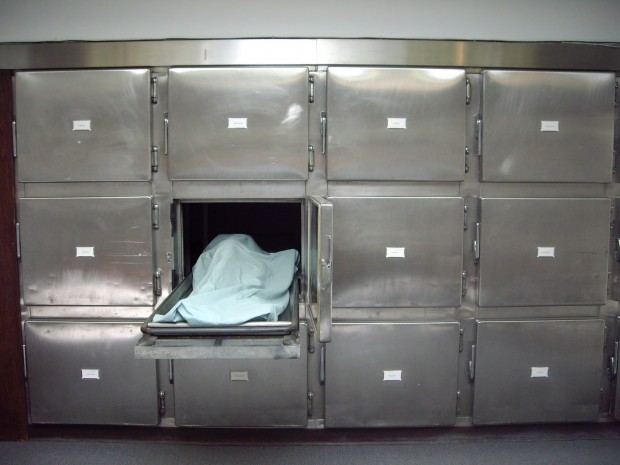 An 80 year-old woman was accidentally frozen to death after being placed in a body bag at a Los Angeles morgue. Her family, including her husband and eight children filed a medical malpractice lawsuit against White Memorial Hospital in Boyle Heights, but the lawsuit was dismissed because it was filed after the one-year statute of limitations had expired. However, the California 2nd District Court of Appeals has overturned the previous court ruling and has thus opened the door to legal claims that the woman’s body was mishandled, which resulted in her gruesome death.

Maria de Jesus Arroyo had a heart attack in July of 2010 and after she was proclaimed dead was placed face up, as is the medical protocol, in a body bag and stored in the freezer in the hospital’s morgue. Several days later when the pathologist went to retrieve her body, he found the woman face down in the body bag. Although she had ostensibly “died” from a heart attack, Maria had fresh injuries in the form of a broken nose, multiple bruises and cuts on her face. The pathologist concluded that Maria had been accidentally “frozen alive.”

The evidence was abundant that 80 year-old Maria, wife, mother and grandmother had been zipped into the body bag while still alive. In the dark confines of the morgue drawer where she could not be seen, nor likely her cries for help heard, she had “woken up” due to the extreme temperature, struggled to get out and eventually died, not of a heart attack but of “asphyxiation and hypothermia.” One can only imagine the level of fear, confusion and suffering this elderly woman went through as her family, believing her already dead, grieved for their loss.

The attorney representing Maria’s family, Scott Schutzman says that the state that Maria was found in, upside down instead of right side up, is a clear indication that she was “fighting her way out.” He also states that the case is one of the most “egregious” that he has ever seen and that it keeps him “awake at night.” It is likely that the family has nightmarish visions of the final hours of Maria’s suffering as well.

Maria’s family, the doctors and the pathologist at White Memorial Hospital in Los Angeles appear to have been in agreement that the 80 year-old woman was dead after her heart attack. In addition, the appellate court has said that there was absolutely “no reason” to believe that she was alive.

However, given the discovery by the pathologist that Maria’s body had sustained fresh injuries days after she had been put into the body bag and placed in the morgue drawer, there is overwhelming evidence that the woman was in fact very much alive, or at least viable.

For now at least, the case has been returned to the lower courts and Maria’s family will continue with their medical malpractice suit. Whether or not they “win” and receive compensation for their pain and suffering due to the accidental death of their loved one, no monetary amount will alleviate the extreme pain and suffering that Maria likely experienced as she struggled for her freedom only to be slowly frozen to death in the dark body bag in the Los Angeles hospital morgue.