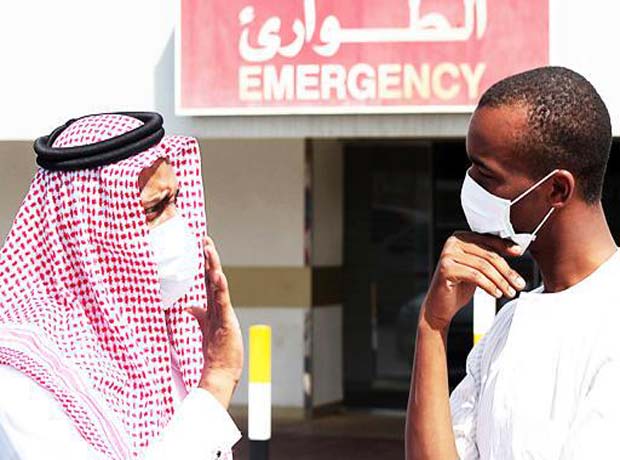 Middle East respiratory syndrome (MERS) is increasing fears of a bigger infestation in Saudi Arabia then spreading worldwide. MERS is a deadlier but less-contagious coronavirus cousin of the Severe Acute Respiratory Syndrome (SARS ) virus that erupted in Asia in 2003. SARS spread fear worldwide and killed almost 800 before being contained.

The Saudis have taken the unusual step of asking for international medical help in combating the virus. In addition, the latest development is that researchers believe they have pinpointed the source of the deadly virus: camels.

The number of known MERS-CoV cases has reportedly jumped to 339 in Saudi Arabia, including 102 deaths, according to the Saudi Arabian Health Ministry. That includes 26 new cases of the respiratory coronavirus over the weekend, including 10 more deaths.

MERS-CoV was first discovered in September 2012 and appeared again the following year, but the instances were nowhere as bad as the current outbreak. Saudi Arabia has experienced an alarming increase in cases this month. Egypt has now discovered its first case (in someone who had recently been to Saudi Arabia), and health officials are stepping up efforts to combat the MERS virus and spreading fears.

Although the number of MERS infections outside Saudi Arabia is fairly small, the death rate, which has been around 30 to 40 percent, has public health officials worldwide on alert. SARS spread from Asia to Canada and other areas, so there is concern about MERS traveling outside the Middle East. People have died of the infection in European countries and Tunisia in North Africa, but they contracted the disease in Saudi Arabia before being diagnosed. So far, there are no reports of people catching MERS while anywhere but while in Saudi Arabia.

In spite of the alarming increase, the Saudi health minister, Abdullah al-Rabiah, tried to downplay the issue last week, reportedly stating that he didn’t think it necessary to change preventive measures. The next day, he was fired by King Abdullah in a rare public show that all is not well.  The new, acting Saudi health minister, Adel Faqih, struck a different tone right away and pledged to adhere to “the principles of transparency and disclosure.” In fact, Saudi officials have now called on the World Health Organization (WHO) and other organizations to help contain and combat the virus before it spreads in other countries.

MERS-CoV is part of the group of viruses like the common cold that attack the respiratory system, according to the U.S.-based Centers for Disease Control and Prevention, and have no known cure. Symptoms include fever, cough and shortness of breath, but eventually can lead to pneumonia and kidney failure.

In the search for a cause, researchers have found that many camels in the area are infected with a strain almost identical to the one infecting people. The researchers ran viral genetic tests on nasal swabs taken from the animals. They have since found out that people are only infected with a few types of MERS, while camels seem to carry many different types. This may explain why the disease has been uncommon in humans and aid research to a cure. It is also pushing researchers to investigate potential ways humans may have become infected from camel milk, meat products, or fluids.

In the interim, until health officials find out more information on the virus, they are stressing hygiene and greater awareness of potential symptoms. The goal is to avoid spreading the MERS disease and fears.