By Brian Yates on April 9, 2014Comments Off on Operation Mare Nostrum Brings 4,000 Refugees to Sicily 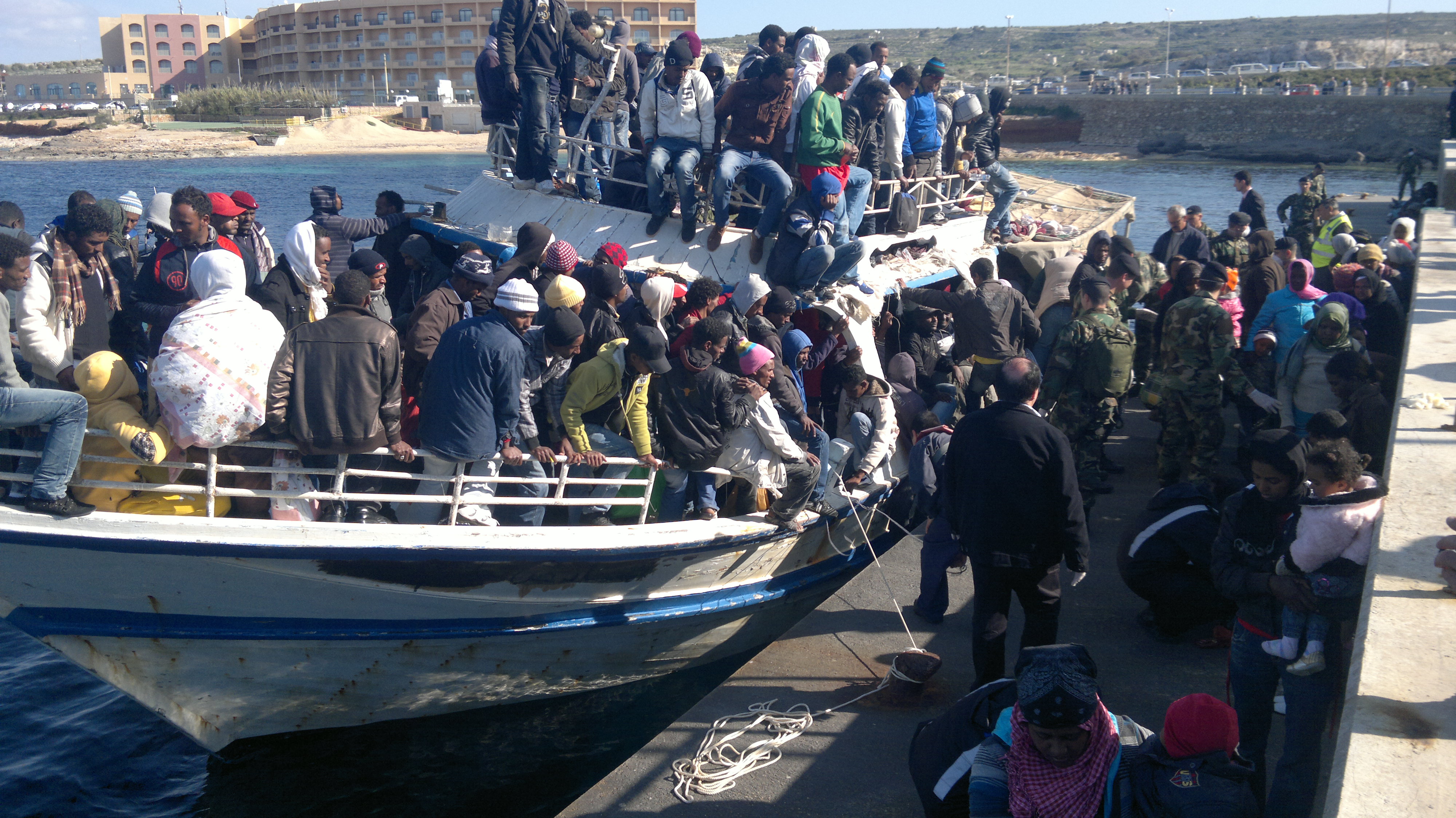 Refugees crossing the Mediterranean in search of a new life in Europe have been brought to the island of Sicily. Their arrival represents the highest number of new arrivals to the island over a 48-hour time period. Their rescue was due to efforts of the Italian Navy, Coast Guard and merchant ship captains who intercepted the incoming refugee ships and offered assistance.  Many of the refugees have fled the turmoil in African and Middle Eastern countries. Of the 4,000 refugees brought to Sicily as part of Operation Mare Nostrum, close to 2,500 were rescued at sea. Coast Guard and merchant ships intercepted and brought to Sicily the remaining 1,500 people.

“Mare Nostrum, Our Sea” was a Latin term the Romans used to describe the Mediterranean Sea which surrounded their empire. Now, the phase demonstrates a desire to share the sea and render help when needed. The operation began after more than 400 refugees from Syria and Eritrea perished in two separate boating tragedies off the Italian coast in October 2013. Since then, Operation Mare Nostrum has saved the lives of thousands.

Once a refugee ship is intercepted, the people aboard receive health checks and are fed. They are brought to either Pozzallo or Augusta in Sicily where the identification process begins. Some refugees bring identification documents. Others do not. Once processed, people seeking asylum are taken to other parts of the country.

Interior Minister Angelino Alfano remarked that the landings as of late have been non-stop. The Interior Minister estimated as many as 15,000 people have recently crossed the Mediterranean. He believes up to 600,000 are ready to flee Libya in the coming months.

Since last year, there has been a 60 percent increase among asylum seekers arriving in Italy. Interior Minister Alfano added that he and his fellow Europeans need to address the matter in greater detail. Granting 80 million euros ($110 million) to the European Union’s border control agency known as Frontex will not resolve the overall problem until the immigration process becomes streamlined.

The Italian interior minister also leads the New Centre-Right party. He welcomes people requesting asylum and believes the practice should be expedited. Qualifying refugees should have the right to stay and economic refugees need to be deported to their countries of origin.

Immigration has become a political topic due to the upcoming elections to the European Parliament scheduled for May. Lawmakers from a small anti-immigration party known as Northern League Ä have condemned the current policy. Parliament Members Davide Caparini and Nicola Molteni urged Interior Minister Alfano to deport all the refugees, claiming that immigrants seeking Italian asylum are better treated than citizens.

Silvia Canciani, a spokeswoman for the Association for Legal Studies on Immigration concurred with Interior Minister Alfano, saying that the refugee problem in Italy has become a problem due to bad government management. Her organization provides research and legal aid for people seeking asylum. Canciani described a different world for immigrants arriving in Italy, saying that they face limited living space and do not understand the bureaucratic process they have entered.

Senator Luigi Manconi of the center-left Democratic Party, who heads a parliamentary committee on human rights, also agreed that the immigration policies currently in place must be addressed.  Manconi believes the government should and ought to criticize itself for failing to establish the necessary measures for refugees arriving in Italy.

Italians know there is a problem when it comes to people seeking political asylum. The 4,000 refugees brought to Sicily from Operation Mare Nostrum and the even more destined to cross the Mediterranean Sea will further challenge the current government.