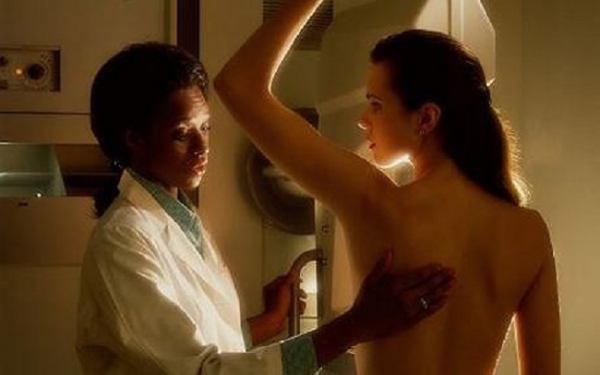 Pfizer had funded a phase II study of a drug call palbociclib that could help delay the advancement of breast cancer tumors in patients. In a recent clinical trial conducted by Pfizer, the breast cancer drug was shown to double patients’ survival rate. The study, which had involved 165 patients, was presented at the annual meeting of the American Association for Cancer Research in San Diego. Those who took palbociclib with other cancer treatments lived about 20 months before either they died or the tumor progressed. The control group who didn’t take the drug but had standard treatments lived about 10 months.

Dr. Richard Finn, an oncologist and associate professor at the University of California, Los Angeles, said that the result wasn’t very common in cancer studies. However, this study stemmed from an “observation made a few years ago that hormone receptor-positive breast cancer cells are dependent on CDK-4/6 for their growth.” By inhibiting CDK-4/6, an enzyme that is likely to cause tumor growth, breast cancer tumors could be delayed. Finn said that past trials in phase I and phase II studies both showed that “palbociclib and the antiestrogen drug letrozole could be given safely as a combination, with manageable side effects and also showed preliminary signs of good efficacy.” Finn also identified that patients with “hormone receptor-positive, HER2-negative” have “significantly improved” in response to the palbociclib and letrozole combination treatment. They suffered less side-effects and toxicity from the drug treatment.

Even though the survival rate in the experimental group who took Pfizer’s drug was doubled, the overall increase in breast cancer survival time in both groups of women were not that significant. Aside from the small sample population, the median survival rate for women on palbociclib was about 37.5 months, while the control group had a survival rate of a little over 33 months. The study’s p-value was 0.21, which was pretty high since for a result to be statistically significant, it must have a p-value of less than 0.05. This value determines how strong the evidence is that confirms the study’s null hypothesis. If the value is less the 0.05, then there is a strong evidence that the null hypothesis is true. If the p-value is more than 0.05, then there is weak evidence to support the claim, and researchers may reject the null hypothesis.

Despite the possibility that Pfizer’s drug may not have much of a long-term effect, Finn was still optimistic. Not only was it important to prove the drug’s efficacy, Finn mentioned that the drug must not add additional side-effects that can burden the patients. He also explained the point of the randomized, phase II study was to provide proof that would give the researchers and the company the confidence to perform a phase III study. He believed that the combination of letrozole and palbociclib can still help breast cancer patients, even if the phase II study shows only an adequate result.

Whether Pfizer’s drug can double breast cancer patients’ survival rate or not, palbociclib  is still a wild card for investors. Currently, palbociclib and letrozole are being tested in Pfizer phase III trials. Even if the new study is successful, Pfizer still has to overcome a few hurdles with the FDA.