Pollution a Huge Problem in China 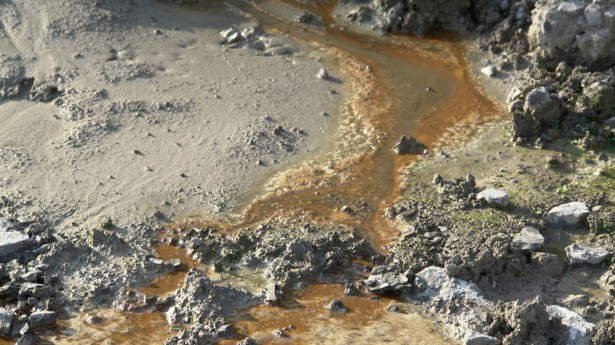 Pollution has become a huge problem in China, due in large part to human industrial and agricultural activities. Last year, the Ministry of Environmental Protection claimed that the results of soil pollution tests performed were a state secret and would not release them.

According to reports, about 16.1 percent of China’s land is polluted. This amount of land is equal to more than twice the size of Spain. The study was done on over two million square miles of land across China, from April 2005 to December 2013.

Waste products from factories, breeding livestock, the use of polluted water to irrigate the land, and the misuse of pesticides and fertilizers are some of the activities contributing to the soil pollution. Inorganic materials contaminated 82.8 percent of the polluted land. These inorganic pollutants included the heavy metals nickel, cadmium, and arsenic. Arsenic and cadmium are byproducts of mining and can cause health problems.

Air and water pollution are also huge problems in China. Not only are they issues, but heavy metal particles in the air and water, also get into the land. Wu Yixiu, an important Asian Greenpeace campaign member explained that although air pollution is highly visible and present, these pollutants eventually end up in the soil and pollute it as well.

19.4 percent of arable land in China is polluted, which is a specific concern because of the limited amount of farmland available in China. Over eight million acres of farmland is now unfit for that purpose. According to environmentalists, much of the land that is left, is not the best quality. Decades of pesticides and heavy fertilizers have left it stripped of nutrients and productivity. Pollutants also affect the growth of plants and microbes, and make it harder for the soil to preserve nutrients.

High levels of soil pollutants such as cadmium, nickel, arsenic, lead, and mercury, were found in Yangtze, the Pearl River Deltas and general areas of the south where rice is grown. Last year, rice batches from Hunan were found to have high amounts of cadmium, causing national alarm. This is China’s highest rice-producing area. The excessive consumption of cadmium can be damaging to a person’s health. It can cause kidney damage, and pain in the liver and bones.

Fred Gale, a U.S. Department of Agriculture economist believes that China will have to import more food as time passes, with so much of its arable land polluted. Agriculture may be impacted by pollution, but it also creates it.

Out of the air, water, and soil pollution issues in China, soil is considered the hardest to deal with. The country is ready to make some moves and take some measures to protect the soil, and try to stop pollution. Hunan is also the site of important metal mines and smelters. There have been thoughts on permanently stopping rice farming in some of the contaminated areas, and instead grow non-edible cash crops like cotton. China vows to “uncompromisingly wage a war against land pollution” according to a statement released by two ministries. Soil environment has been given top priority where legislative efforts are concerned. Pilot projects have been initiated on soil rehabilitation that will be focused on areas with extreme pollution problems. As techniques are developed and put to use successfully, they will be implemented in more areas.

The Chinese are willing to take steps to try and remedy the huge pollution problem in the country. In a five year plan developed, China has pledged to spend $4.8 billion on the prevention of soil pollution, and the clean up of current pollutants. Experts believe that it will most likely cost even more than that.

7 Responses to "Pollution a Huge Problem in China"