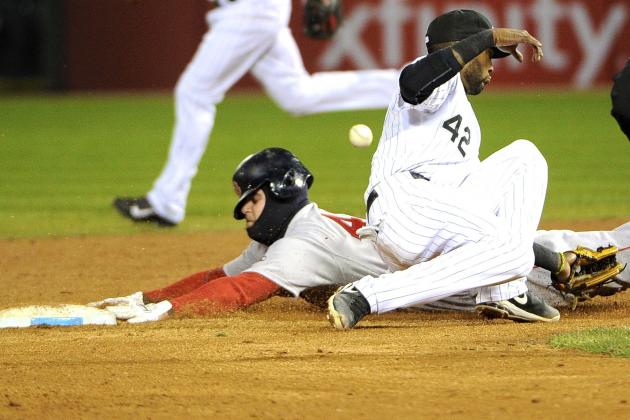 It has been a tough go of it so far in 2014 for the Boston Red Sox. We are only a couple of weeks into the regular season, and already the defending World Series champions have lost four players to the DL, and have seen both their offense and their bullpen let them down repeatedly. While doing so they have managed to drop 9 of their first 15 contests. Red Sox fans may not be panicking quite yet. However, they have to be taking notice. The good news is that it’s only mid-April, and baseball is of course, a very long season. The team still has plenty of time to overcome the injuries they have suffered, get healthy, and put their early season struggles behind them.

If there is one thing that’s most alarming for the Red Sox this early on, it has to be the amount of injuries to key players they have already accumulated. Two time all-star outfielder Shane Victorino currently resides on the DL, along with Steven Wright, Will Middlebrooks, and Craig Breslow. However, what actually may be even more frightening for the Red Sox faithful, is how much worse things could be right now. The team has actually caught a few breaks on the injury front over the past week.

Koji Uhera last pitched in a game eight days ago against the Texas Rangers, and left the game with soreness in his throwing shoulder. It was initially feared that Uhera’s injury might have been significant, and that the Red Sox closer may also be forced to head to the DL. However, those fears seem to have been put to rest as Uhera is reportedly ready to return to action tonight for the series finale in Chicago, if his services are needed.

The team also narrowly avoided two huge blows to their lineup this past week. First, when Dustin Pedroia was scratched from Sunday’s game against the Texas Rangers. Initial reports feared that Pedroia’s season may even be in jeopardy, and that he may have a broken bone in his wrist. On Monday evening, Red Sox fans were able to take a sigh of relief, when it was learned that the injury was nothing more than some inflammation, no fractures.  The second scare came on Tuesday evening, when their big hitting first basemen Mike Napoli dislocated his index finger on a head first slide into second base in Chicago. However, it does not appear that Napoli will be forced to miss any significant amount of time and is officially listed as day-to-day on the injury report.

So, Red Sox fans can moan and groan all they want about how tough things have been early on for the team. However, they should at least keep things in perspective. It could be a lot worse. If Mike Napoli and Dustin Pedroia’s injuries were as bad as initially feared, they could have had two gaping holes in their lineup, potentially lasting for months. As opposed to the way things stand now, with most of their injured players set to return before April is up.

The Red Sox are an extremely talented team in all phases of the game, and absolutely have the ability to overcome the injuries they have accumulated and steer the ship back on its course. Sure, they have suffered a few setbacks early on, but instead of going into panic-mode, fans should be best served counting their blessings instead. Sometime very shortly, the team will be healthy, the weather will be warming up heading into summer, and the Red Sox will be ready to put their early season struggles behind them. While re-focusing their sights on yet another AL East division title, and possibly even a second straight World Series title as well.