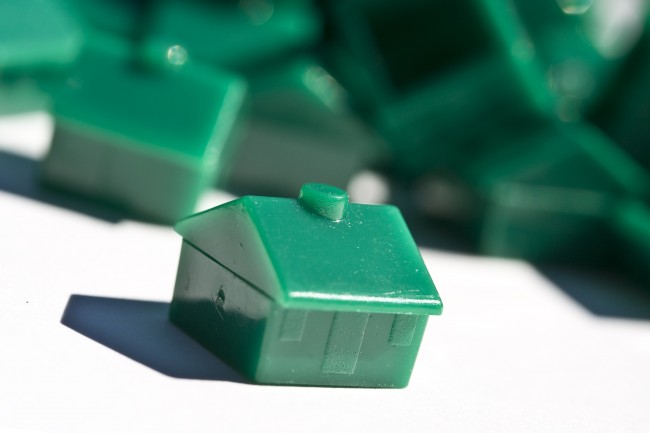 Reverse mortgages are loans that are intended to help elderly people stay in their homes. But when the borrower dies the loan becomes due, and the family members of the reverse mortgage holder may inherit nothing but debt.

Under the terms of a reverse mortgage, a property owner gets access to the equity they have in the home that is their primary residence. The bank makes mortgage payments to the owner, which now makes the house a source of income. Since the owner does not have to make payments on the loan it sounds like a good deal. But many people are finding that a reverse mortgage may not be as good as it looks.

A reverse mortgage loan does not have to be paid back until the borrower dies or moves out, at which time the home is intended to be sold, with the proceeds of the sale going to pay off the loan balance, plus any fees and interest that have accrued. If there is anything left it goes either to the borrower or the heirs. If the house sells for less than the balance of the loan, the lender and/or their federal insurance absorbs the loss.

Fees on reverse mortgages may be high. Since it is a loan that typically is not based on income or credit scores there are risks to the lender that they compensate for with high loan origination fees and other charges.

In addition, the interest rate on a reverse mortgage may be higher than on a regular home equity loan. After interest and fees, the borrower may end up with not as much money out of the loan as expected. Also, the homeowner is still responsible for home costs such as property taxes, homeowners insurance, and maintenance. If they are unable to pay these costs they default and the bank can foreclose.

Homeowners that want to leave their home to family when they die are setting their heirs up for debt with a reverse mortgage. Once the borrower dies, lump sum repayment of either 95 percent of the home’s current market value, or the total remaining balance of the reverse mortgage loan, whichever is less, comes due.

Heirs that cannot make the payment are threatened with foreclosure. If a surviving spouse was not listed on the loan they are in the same situation, having to pay or move out.

The 95 percent rule can be a critical difference in enabling a survivor to keep the family home, particularly if the home is upside down, with the current value of the home less than total balance owing on the reverse mortgage. But lenders expect homeowners and heirs to know the rules, and may not explain them. Some unscrupulous lenders ignore the rules and threaten foreclosure if the full balance of the loan is not paid off.

A situation that a borrower may not consider is that the reverse mortgage needs to be repaid when they move out, and they do not have to die to trigger loan settlement. The reverse mortgage borrower has to live in the home as their primary residence. If they have not lived there for a year they are considered to be moved out. This can happen if a homeowner can no longer stay in their home and, for example, have to enter a long-term care facility, meaning they have to pay at a time when money is probably already tight.

Federal Regulations on reverse mortgages are administered by the Department of Housing and Urban Development. They apply to reverse mortgages that are insured by the Federal Housing Administration, which is almost all of them. Rules say that lenders must give heirs up to 30 days from when loan becomes due to figure out what they want to do with the property, and at least six months to arrange financing.

AARP says to consider carefully before getting a reverse mortgage, evaluating the risks of high costs along with problems that can occur when the borrower wants to (or has to) move out, and that may make the loan more trouble than it is worth.

Borrowers also should consider whether they can afford to use up their home equity at this time in their lives, leaving less for later when it might be needed more. And not forgetting the big consideration of whether taking out a reverse mortgage will allow the borrower to leave their family to inherit anything more than debt.