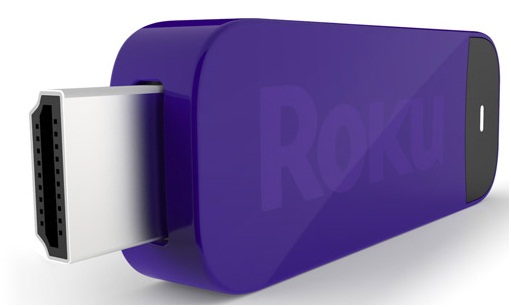 The new Roku HDMI stick gives the best bang for the buck when it comes to television streaming needs. The new streaming stick is reasonably priced at $50 and offers over 1,000 channels. The device is no bigger than a jump drive and fits directly into the HDMI port on the back of any television (only works with MHL-enabled televisions). The Roku Streaming Stick can stream TV shows, movies, and music. The entertainment programs can be accessed through subscription services such as Netflix, Hulu Plus, Amazon, Spotify and other streaming services. A USB charger is also part of the $50 package as well as a remote.

Set up for the Roku Streaming Stick is simple. Place the streaming stick into the HDMI port located on the back of the television, and plug it into a wall outlet. Once the device is connected to the television, the next step is to enter the wi-fi password and create a Roku account. Setting up passwords can be done on a laptop, smartphone or computer. An app for a smartphone or tablet is also available for using as a remote for the streaming stick. Much like Apple’s TV AirPlay mirroring, Roku also has a mirroring feature through the app. YouTube, photo’s, video’s, and other screen content can be mirrored onto the TV screen through the Play section on the Roku app. The search feature on the remote makes it very easy to find any program. Just type in the movie name, actor name, directors name, or tv show and a list will pop up along with streaming choices.

The Roku Streaming Stick is the best bang for the buck. The Chromecast is cheaper, but it does not offer as many features like the Roku. The Roku is easy to use, fast, and has more channels than any other streaming device. Channels include obscure, niche and over 30 international channels. Two features that Roku have that the number one Apple TV does not have are Amazon for entertainment rentals and Spotify for music streaming.

DIAL is short for Discovery and Launch. The DIAL feature enables users to search for videos on tablets and smartphones and stream them directly to a television. The direct beam relieves the wear and tear of the battery on a handheld device because the video stream can be sent directly to the Roku Streaming Stick.

There is a few television streaming media devices out on the market worthy of investment. Apple TV, Google Chromecast and the new Amazon Fire TV which claims to rule in the gaming department are tough competitions for the Roku Streaming Stick. Even with these top name brands and talks of adding and improving features to new models on all the brands in the near future, the streaming stick still gives the most bang for the buck. The wide range of channels, low-cost and easy navigation makes it appealing for a wide audience. Not even Apple has access to Amazon TV or Spotify, yet the low-budget Roku Streaming Stick offers these services. The remote and smartphone apps are also nice options for the customer.

3 Responses to "Roku’s Streaming Stick: Best Bang for the Buck"